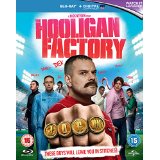 Nick Nevern (Terry) does it again. He wrote, directed and stars in this spoof of football films such as The Football Factory, Green Street, The Firm and many more. It was also produced by one of the other stars Jason Maza (Welcome to the Punch). 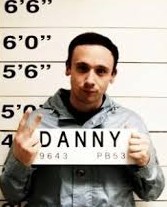 Danny, (Maza) is an unhappy young man, he has been expelled from school and ever since his father Danny Snr. (Ronnie Fox, The Sweeney) got sent down for a long stretch for making a judge swallow his own wig, he has been living with his Grandfathers flat. Danny craves the notoriety of his father.

Meanwhile in Wormwood Scrubs, Dexter the infamous football hooligan is just about to be released. Whilst Danny and his mate spend time distracting passers by, so that they walk

into a lamppost outside his Granddads flat. But on a search for adventure they pass through an underpass, where the now abandoned Danny meets the hooligan father Dex. There is only one thing on Dex’s mind and that is revenge against another firm run by the Baron (Keith-Lee Castle, Doghouse). He take Danny under his wing as he sees that he has the balls to join ‘The Hooligan Factory’.

Dex is on the way to the The Iron Hoof, the boozer where his welcome back party is to be held, this is where he meets the rest of the hooligans, Bullet, (Tom Burke, Only God Forgives), Midnight, (Ray Fearon, Harry Potter and the Philosophers Stone), Trumpet, (Morgan Watkins, Wild Bill), Weasel, (Josef Altin, Les Miserables) and Slasher, (Leo Gregory, Green Street).

At First they are suspicious of the newcomer, wondering if he is a copper trying to be undercover but it may be that that job is already taken by ‘Old Bill’,

(Steven O’Donnell, A Night’s Tale). Dex has a simple plan, rise to the top of all the firms and take out the Baron, how hard can that be? But when he pays a visit to his Mrs, Sharon (Lorraine Stanley, Made in Dagenham) it seems that his new born son may not be all his and Sharons DNA. Midnight seems to get a sweat on when he thinks Dex is going to ask him some questions.

After finding normal jobs, (which include a lot of Florists) they manage to fund a coach to take them around the country to take on the local firms, (Southampton, Manchester, Liverpool and Ipswich) until they only have the Baron to find.

This film me laugh out loud at many parts and the characters are brilliant in their stupidity, the violence more akin to the Keystone Cops rather than a bloodfest. As some of the actors in this spoof acted in the films they are parodying this is a great boon and Nick Nevern should not give up his day job. 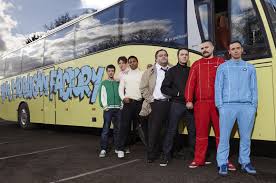 Available to Buy on DVD and Blu-ray on 14 July.