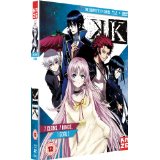 This is a great series that has you taking sides with either of the camps and the animation is just a joy to watch as your eye is taken on a journey with the camera. 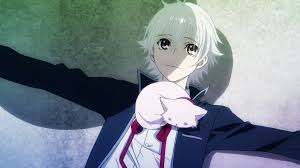 Forgetful but friendly Yashiro Isana is a young college student attending the Ashinaka High School, a notable high school that is located on an island just outside the 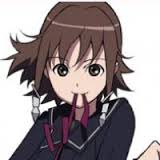 areas of the technologically-advanced Shizume City. He is always forgetting his PDA and his lunch, so he scrounges which annoys his friend Kukuri, who wants to eat healthier but he always disappears before she can get to him. 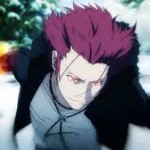 fireworks for the end of year performance. Whilst on his quest he is attacked by 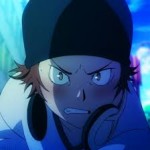 members of HOMRA, a violent gang run by the Red King. They chase him and accuse him of killing their member Tatara Totsuka. The main attacker is Yata Misaki, a young man with a baseball bat and a skateboard, (this is where we get a treat as the camera follows Yata, X Games style, around the city in his chase of Isana). 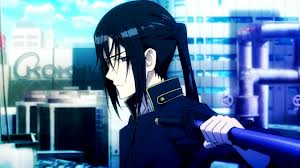 Suddenly the “Black Dog” Kuroh Yatogami, turns up and saves him. He whisks him off to a safe rooftop.

Kuroh tells Isana that he is in search of the next Colourless King and that he has been charged by the last king to find the heir and judge him and if he is found wanting, Kuroh is to dispatch him there and then.

All of a sudden, all the cities displays and PDA’s are hacked (by HOMRA) and they all begin to show a video of the murder of Tatara and the culprit who professes to be the Colourless King and who has a remarkable resemblance to Isana. The Black dog is a man of his word and vows on this evidence that Isana must be 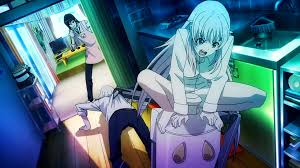 executed. With a good argument and the aid of his bag full of fireworks he escapes back to his college room, where he falls asleep. When he wakes up he has the shock of his life, as his cat has now turned into her human form Neko, a girl who has the power of illusion. She has no care for anything other than her love of Isana and food and more food.

Kuroh tracks his quarry to the college and gives chase until he gives up and cooks the pair breakfast, but Isana still has to prove his innocence. 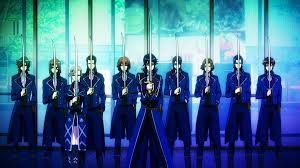 Mean while the battle by HOMRA to find the killer goes on and this causes them to clash with the Blue King and the members of Scepter 4.

This is where old rivalry’s 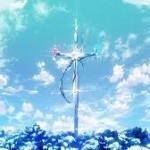 boil to the surface and the powers given to the members by their Kings when they pledge allegiance make for exciting battles. HOMRA have the fire element as their power and this is the most dangerous, as the Red Kings sword of Damocles which hangs above him shows signs of major degradation. This is a massive problem for all concerned as a previous King had caused the destruction of a lot of the city.

The whole series concentrates on who killed Tatara and the indentity of the Colourless King, as memories have been lost and regained. As the power of Neko is revealed, the question is, who was or is Adolf K Viceman, the 1st Colourless King?

With the beautiful backdrops and the great anime along with the great characters you are in for a treat.

All in All, they couldn’t have asked for a better King.

Available to Buy on DVD and Blu-ray on the 5th of May.