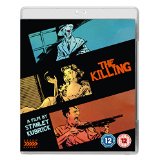 Stars For a Classic Heist Movie from Stanley Kubrick.

This Blu-ray comes from the directing god that is Stanley Kubrick (A Clockwork Orange, 2001: A Space Odyssey, The Shinning, Full Metal Jacket). The Killing is his 1956 production of a daring heist, whilst in the special features you get Kubrick’s 1955 film Killers Kiss about a man trying to save his kidnapped girlfriend. Also you get a 40 page booklet to accompany the film. 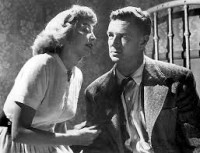 John Clay (Sterling Hayden, The Asphalt Jungle) has just spent 5 years locked up and has had the time to make connections and come up with a plan that will see him and his girlfriend Fay (Coleen Gray, Red River) set up for life. The filming and delivery style was used a lot in the 50s-60s as a narrator tells the time and where our cohorts are, which is much missed these days.

The grand plan is to take on something that has never been tried before, taking the take from a racetrack on the day of the biggest race, “the $100,000 Landsdown Stake”. Johny has made some good contacts at the track, one being George Peatty (Elisha Cook, The Maltese Falcon) a clerk who knows the amount of money that passes over his counter.

Marv (Jay C. Flippen, Oklahoma) has placed a bet on each of the horses of the last race so he is guaranteed a win even if it comes at a loss, but this is how he can communicate to George without raising suspicion.

Just across the room is Mike O’Reilly (Joe Sawyer, The Adventures of Rin Tin Tin), the bartender who can keep an eye on the whole

room. They all have to meet Johny at an apartment to sort out what is going to happen and when. He also has a policeman on the payroll, Randy Kennan (Ted de Coria, The Naked City) who can come and go as he pleases but the timing is everything. 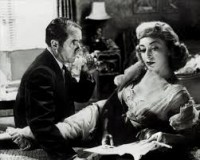 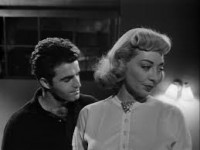 The fly in the cellulose is Sherry Peatty (Marie Windsor, Force of Evil), Georges wife of 5 years, she married for money and promises that have never materialised and plays on Georges insecurity to get him to reveal that his soon to come into one hell of a lot of money, so she postpones her getting her cold heart out of there and informs her long time boyfriend Val (Vince Edwards, The Devils Brigade).

John has others set up to create distractions who know nothing of the heist but at the track it will help it all go smoothly, a big Russian called Maurice (Kola Kwariani) and a shooter, Nikki (Timothy Carey, Paths of Glory).

A great film that has inspired many other heist films since its release in 1956. A great way to spend 85 minutes of your day and it goes to show that not all the best films are made today with all their special effects. 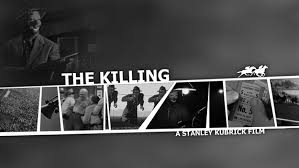 Available to Order on Blu-ray Now.