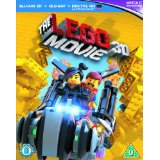 From the Directors that brought you Cloudy with a chance of Meatballs, Phil Lord and Christopher Miller once again collaborate to bring this ace Lego movie to the screens and now to our TV’s in Brilliant 3D. (2D comes with the 3D Blu-ray) 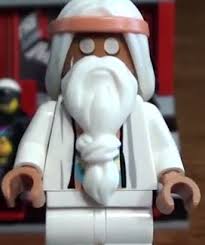 In the Lego world there is a weapon so powerful it can freeze any Lego figure to its spot forever. The wizard Vitruvius, (Morgan Freeman, The Dark Night Rises) tries his hardest to keep the weapon out of the clutches of the evil arch enemy ‘Lord Business’, (Will Farrell, Anchorman 2 The Legend Continues) but he fails and as Lord Business leaves with the ‘Kragle’ Vitruvius prophesies that there will be “The Special” who will be the one to find the “Piece of Resistance” that is capable of stopping the Kragle.

Skip forward eight and a half years, we find ourselves on a construction site with

menial worker Emmet Brickowski from Bricksburg. It’s late and the site should be deserted, but Emmet spots someone lurking in the shadows. He finds a woman who turns out to be Wyldstyle, (Elizabeth Banks, The Hunger Games). 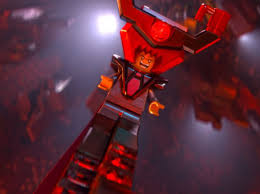 Wyldstyle is on the hunt for the Piece of Resistance and Emmet decides to have a look and falls through a hole. Down in the depths he finds a strange brick that he is compelled to touch, this makes him faint and have vivid dreams, when he comes to he is in the custody of Bad Cop, (Liam Neeson, Non-Stop) a lieutenant in the employ of Business, but the biggest shock is that the Piece of Resistance is now firmly stuck to Emmets back.

But luckily for Emmet he is rescued by Wyldstyle who whisks him off to meet with Vitruvius in the Old West where he meets the Master Builders who can build anything they fancy without the use of an instruction manual.

When we started watching the film there were cries of “oh Wow, look at that” and by the end of this very enjoyable film it was still being said.

A great film for the whole family especially in the 3D.

Beware of the President Business he has the Kragle and he wants to freeze you. 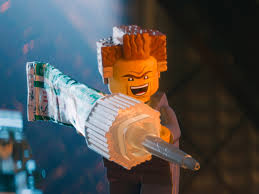 Available to Buy on 3d Blu-ray and Blu-ray on the 21st July.