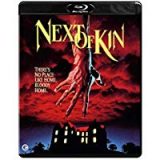 Next of Kin was originally released in 1982 and is available on Blu-ray for the first time in the UK courtesy of Second Sight. It is written by Michael Heath (Death Warmed Over) and Tony Williams (Solo), who also directs.

“Don’t go digging into the past Linda, it’s gone, forget it.”

Linda (Jacki Kerin – Finders Keepers, Blue Heelers) has been forced to return to her childhood home in the Australian outback following the death of her mother. She has inherited her mother’s entire estate, the now residential home for the elderly, Montclare. 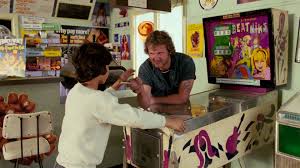 Upon first arriving she heads to the local cafe, run by Harry (Tommy Dysart – The Real Thing, Four Jacks) and his son Nico (Vince Deltito) and receives a warm welcome. She gets to Montclare to find her old friend and resident Lance (Charles McCallum – Sunstruck, Return to Eden) watering the plants just before a rainstorm, leading her to suspect he may have misplaced a few marbles during her absence. 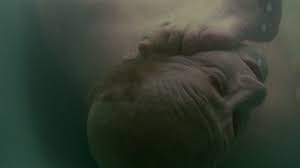 She gets a sense of not really being entirely welcome there, especially from Connie (Gerda Nicolson – Neighbours, Bellbird) who has been running the place since her mother died and Dr Barton (Alex Scott – Romper Stomper), both of whom are acting rather strangely. This is not helped by the untimely death of one of the residents, discovered drowned in the bath by Lance.

To make it even worse, having read her mother’s diary entries about strange goings on, she begins to experience them too. Lights going on and off, taps being left on and hearing people creeping about when no-one should be there. 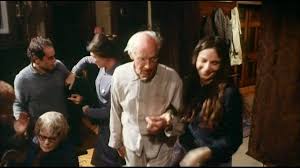 Luckily she has childhood friend and old flame Barney (John Jarratt – Boar, Picnic at Hanging Rock) to help her out and soon seems she will need all the help she can get.

Next of Kin is an enjoyable watch with a strangely relaxed feel for a horror film. For most of it, you kind of cruise along, enjoying the eighties sound effects, hair and makeup, only to be rudely awakened at the end for the full on and bloody conclusion to the whole thing.

It is gloriously atmospheric and really well filmed and thoroughly makes the most of it’s creepy setting. With a well thought out script and good acting thrown in, this is an overlooked gem of the horror genre and well worth adding to your collection.

Next of Kin is available to buy now on Blu-ray, download and on-demand.