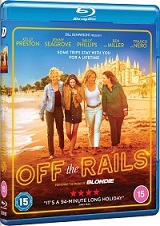 Off the Rails is a bright and energetic summer film, written by Jordan Waller (Two Heads Creek) and directed by Jules Williamson (See No Evil) and featuring the songs of Blondie throughout. It is presented on Blu-ray, DVD and Download courtesy of Dazzler Media. 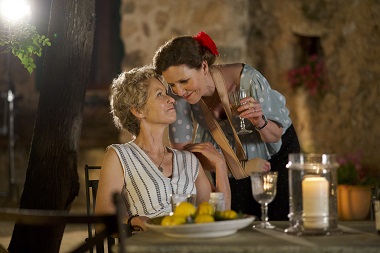 Kath (Jenny Seagrove – Savage Islands, Peripheral), Liz (Sally Phillips – Bridget Jones’s Diary, Miranda) and Cassie (Kelly Preston – Jerry Maguire, The Cat in the Hat) are three 50 somethings, each with their own set of problems. Kath has no money, Liz is bored with her life and Cassie is an actress tied into an unfulfilling role. 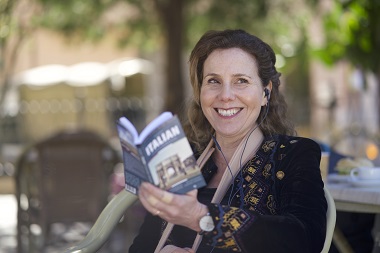 All of this suddenly gets put into perspective with the news of the death of their good friend from College, Anna (Andrea Corr- The Commitments, Evita). Following her funeral they are approached by her mother Diana (Judy Dench – Six Minutes to Midnight, Skyfall) who hands them an envelope. Inside are four rail tickets and a note. She wants them to recreate the interrail tour of Europe they took as youngsters, taking her daughter Maddie (Elizabeth Dormer-Phillips – Fortitude) with them. 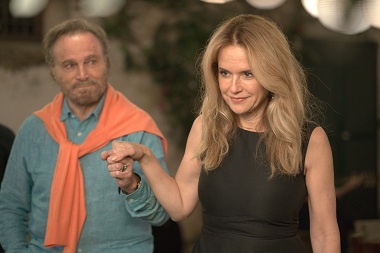 Their ultimate destination, “God’s Disco Ball” a phenomenon seen in Palma Cathedral only once a year, which they missed last time they went. With all kinds of distractions along the way, including potential love interests Angelo (Alessio Pecorari – #Goldfish), Giovanni (Franco Nero – Django, Die Hard 2) and Dan (Ben Miller – Paddington 2, Primeval), train strikes and drinking dens, they must try to put old rivalries aside and pull together to reach Palma in time to honour their friends memory.

“The menopause is unrelentingly bleak. It’s like puberty without the hope.” 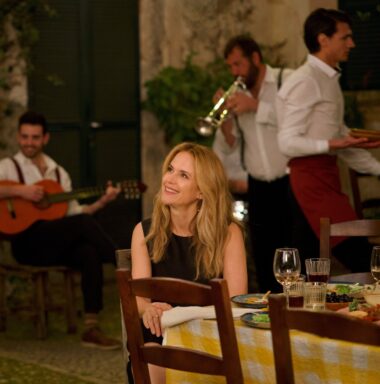 Off the Rails is a very enjoyable film. The lead performances are very good (and made all the more poignant by the death of Kelly Preston to whom the film is dedicated). The story is a good idea too and it does seem to be a pretty accurate representation of what happens when you try to recreate your youth with all of the trappings of adult life there to get in the way.

It is very corny but it never tries to pretend not to be and in some ways that just adds to the charm. It’s quite emotional in places but overall it has a really nice feel good factor. 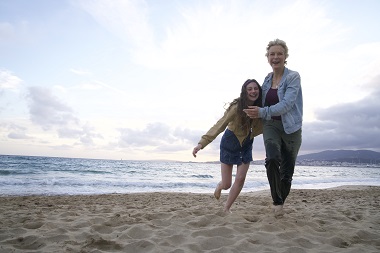 There are plenty of one liners in there to make you chuckle. The scenery is also nothing short of spectacular, it’s worth watching just for the views of Europe.

What really makes the film for me is the brilliant sound track comprised almost entirely from the songs of Blondie. I’m not a massive fan but taken in the context of the film it works really well to bring everything together.

A satisfying film and well worth adding to your collection.

“We wanna drink, we wanna dance and we wanna have fun. Make it happen Dan!”

Dazzler Media presents Off the Rails on Blu-ray, DVD and Download from 15th November