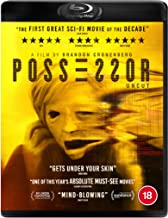 Possessor is written and directed by Brandon Cronenberg (Antiviral), son of legendary director David Cronenberg (The Fly, Naked Lunch). It is clear right from the start that a talent for telling surreal and fascinating stories runs in the family.

This is a modern sci-fi which pushes the boundaries of the acceptable at every turn, very satisfying to watch.

“And yet, you and I can see a small thread, running from your skull to a life I thought you’d moved on from. Sometimes that’s all it takes to lose control. That small thought, like a tiny fracture…”

Tasya Vos (Andrea Riseborough – Welcome to the Punch) is an operative working for a secret company which has devised a controversial mind control technique in order to carry out assassinations. They can kidnap someone close to their target and implant a device which allows them to replace the host consciousness with that of the assassin. They can then kill the host and return to their own body. 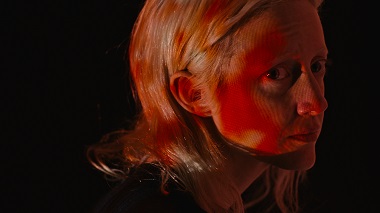 Following a job, she seems to be struggling to re-assimilate into her own life and yearns to see her husband Michael (Rossif Sutherland – River, High Life) and son Ira (Gage Graham-Arbuthnot – Becky, Condor). She visits, but has to rehearse even the most basic interactions and soon realises she needs to get back to work. 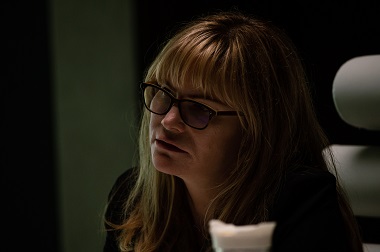 Even though she is aware there is a potential problem, she assures her boss Girder (Jennifer Jason Leigh – Single White Female, Dolores Claiborne) that all is well and she is ready for her next assignment. It’s an important one, they have been hired by Reid Parse (Christopher Jacot – Eureka) to take out his step-father John (Sean Bean – Sharpe, Silent Hill) and step-sister Ava (Tuppence Middleton – Sense8, War & Peace) so that he might inherit their huge data-mining company. They believe they in turn can control him and thus the family company using blackmail once the job is complete. 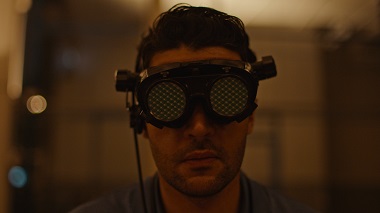 To this end, she must take control of Ava’s boyfriend Colin Tate (Christopher Abbott – James White), a former drug dealer now working for the company who is struggling to fit in. With Vos not at the top of her game and a strong will in the form of Colin, what follows is a psychological battle of epic proportions. 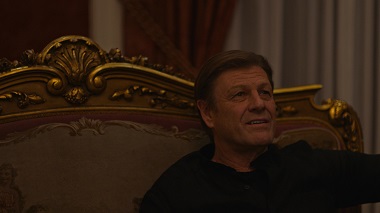 Possessor is a very clever film, well thought out and expertly written. The methods used are truly ingenious and it’s engaging right to the very end and one of the most outrageous and shocking twists I have ever seen.

It is certainly not for the faint hearted, it’s brutal, gory and very graphic and quite difficult and uncomfortable to watch in places, yet you can’t seem to look away. A very good film and well worth adding to your collection.

“What is it with you today? You’ve gone strange on me.”