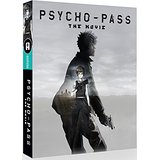 Naoyoshi Shiotani (Psycho Pass) brings us Production I.G.’s (Ghost in the Shell) vision of the dystopian future in its usual beautiful anime. 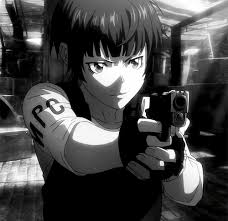 Deep in the bowels of Japan in 2116, an illegal deal is going down. A group of foreigners have managed to get into the country and they have some pretty nifty equipment. They are swapping guns for vehicles. But they are being observed by a tiny mobile surveillance device which relates this to Akane Tsunemori, leader of Division One of the MWPSB.

She and her team, Inspector Mika Shimotsuki and Enforcers Nobuchika Ginoza, Sho Hinakawa, Yayoi Kunizuka and Teppei Sugo, head for the underground car park and observe the deal. After also finding that their psych evaluation is way over the permitted 100 they move in, taking out many of the assailants and capturing one of them.

Akane is always at odds with her superior and this strange case of terrorists managing to get into the country with such high tech equipment smells like a setup.

The terrorists came from the Southeast Asia Union (or SEAUn), a superstate which has begun to import the Sibyl System technology from Japan. This was gleaned from the interrogation of the prisoner and also that one of those involved was an ex-enforcer, Shinya Kogami.

So Akane wants to investigate how Kagami got involved with the terrorists and asks the chief, who allows her to go to SEAUn and see how Sibyl is being implemented in the state of the coastal city of Shambala Float.

It’s safe to say that things do not go right for the inspector on foreign soil as she finds that things are not what they seem under this exported Sibyl system.

You will be riveted to your seat whilst you find out the outcome of Akane’s investigation. Another great one from Production I.G..

“Not too shabby, man from Japan”