Classic Films from a Classic Studio.

Well, Arrow have blown our minds with this volume one of their Shawscope releases on Limited Edition Blu-ray of the famous Shaw Brothers Studio from Hong Kong in the 1970s, featuring all manner of genres. From Horror to comedy and everything in between with these eight films, (Yes, eight films). With a plethora of special features and a collector’s book (see below). There is something for any fan of the Hong Kong film scene in this limited edition box set. 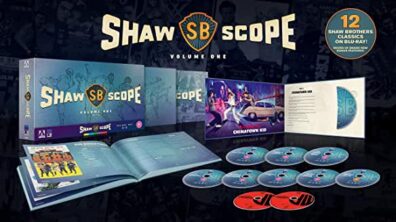 Well from the opening video you can see that you are in for a real treat with this Arrow exclusive limited edition. Featuring films that take you back to ancient Chinese history, to fabled tales of Kaiju and back to the 1970s USA.

First up is the film that made Kung-fu an international phenomenon, King Boxer (aka Five Fingers of Death) where a young kung-fu student is sent to a master to train and defeat a local tyrant in an upcoming tournament. Next we have a tale of the seedy underbelly of Shanghai, as lowly labourers find that the path to wealth is via extralegal activities, but we know these ideas never go well.

In Five Shaolin Masters, the forementioned Shaolin monks are the target of the Qing soldiers, these soldiers destroy their temple and the five vow to take revenge and defeat the tyrant Qing soldiers, there will be death.

Next up is a crazy creature feature in MIGHTY PEKING MAN, in India an earthquake releases a Kaiju who is in love with a human beauty. as in King Kong there will be destruction on a mighty scale, this time in Hong Kong.

If these four films haven’t sold this to you then it is not for you as there is plenty more kung-fu still to come. Shawscope volume one is a big a hit now as it was in the 1970s when the rest of the world discovered the Shaw Brothers films from Hong Kong, it is time to rediscover these prolific filmmakers that changed the face of Martial arts films.

Shawscope Volume 1 is available on Blu-ray

plus, more special features than you can shake a bamboo stick at. 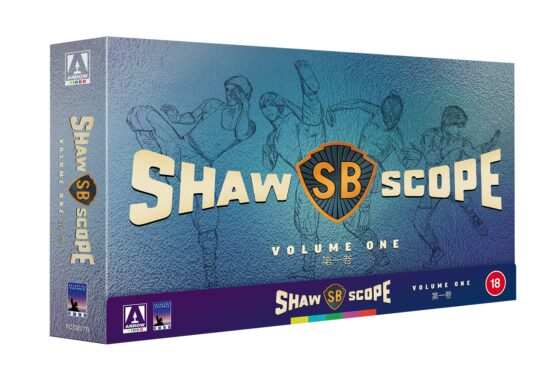 Hours of never-before-seen archival and newly-produced bonus features, including several cast and crew interviews from the Frédéric Ambroisine Video Archive

Two CDs of music from the De Wolfe Music library as heard in six of the films, exclusive to this collection