A Boxing Film for the New 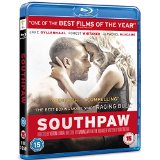 The amazing words of Kurt Sutter (Sons of Anarchy) are taken by director (Antoine Fuqua,  The Replacement Killers, Training Day, Olympus Has Fallen) and turned into a visual tour-de-force with amazing highs and deep depressions.

With Gyllenhaal in the driving seat, this is just pure brilliance and blows all other recent boxing films out of the ring.

Billy Hope ( Jake Gyllenhaal, Source Code) is undefeated ten times World Light heavy weight Champion of the World. He has been on the top of his game for a long

time and it has made him and his promoter Jordan Mains (Curtis “50 Cent” Jackson, Righteous Kill) a lot of money. And all the trappings that go with it, huge house, super cars and Rolex watches for his entourage.

But the one sat at the ring-side is his wife Maureen (Rachel McAdams, Sherlock Holmes) who makes all of Billy’s major career decisions, but also suffers the pain that Billy goes through.

Billy is famous for not blocking against his

opponent so he always ends up cut and bruised as he needs to feel the rage inside him until he has felt enough pain, then the beast is released.

Billy is a generous man and humble but his promoter Jordan wants more, a three fight deal with HBO, a multi million dollar deal that Maureen is dead against, she wants Billy to take a rest and be with his daughter Leila (Oona Laurence, I Smile Back).

Leila is a bright kid that loves her parents especially her dad, but she isn’t allowed to watch her daddy’s fights, as she is too young to see all that anger and blood.

There is always a thorn in Billy’s side and that is boxing hopeful Ramone (Victor Ortiz, Expedables 3), who is always goading Billy and trying to get in the ring with him. 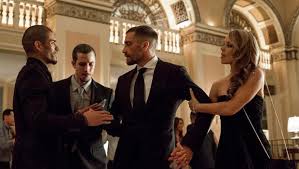 But he takes it too far and what he says he would do to Maureen sets Billy off and a fight ensues. This is the point where Billy’s and Leila’s life changes forever as during the fight someone in Ramone’s entourage pulls out a gun and a shot is fired.

Maureen is torn from their world and because of the fight, Billy is banned for a year and due to his demeanour Leila is put into a care home until Billy can prove that his behaviour has changed and keep a regular job.

No fights means no income and soon it is all going downhill for Billy. He turns to the trainer who trained the only person that could have beaten him, Tick Wills (Forest Whitaker, The Butler).

Can Billy put his life back together and will he come back to grace the canvas in the ring once again?

This is an Awesome film, both with the boxing action and the acting, with stand-out performances from Jake Gyllenhaal and Oona Laurence as well as Forest Whitaker. Highest recommendation, just don’t have breakables around whilst watching this film.