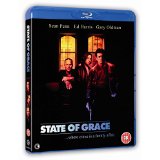 Writer Dennis McIntyre brings us a hard and gritty story of how the Irish-Americans inhabitants deal with the invasion of the Yuppie and how to run their illegal rackets. Directed by Phil Joanou (Entropy) he takes a young Sean Penn after his coming of age film Colors and sets him with the talents of Ed Harris and the star (in my eyes) of this film, Gary Oldman. 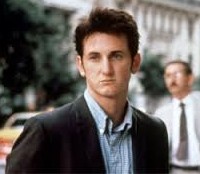 Terry (Penn) has been away from Hells Kitchen, Manhattan in New York City for more than a

decade, but now he is back and is having a clandestine meeting by the river with Nick (John Turturro, Transformers) who hands him a plastic bag with serious contents.

Terry has a plan, he wants to do a big drug deal to get him back into the Kitchen. With his partner in crime DeMarco (James Russo, 7E), they head for the exchange on some waste-ground, but things go wrong and Terry has to waste the two buyers as they try to get things for free.

When Terry turns up at an Irish bar he heads for a crowded table and sits himself down amongst them, much to their annoyance until he puts in some hints, suddenly he is recognised and Jackie Flannery (Gary Oldman, The Dark Night Rises) jumps up and hugs him as the long lost best friend he was.

They have a private chat up on the roof and Terry wants back in to the old ways and finds out that Jackie’s older brother Frankie (Ed Harris, The Truman Show) is now running the Kitchen whilst trying to team up with the Italians who have Borelli (Joe Viterelli, Analyze That) running their end of things. Frankie wants Terry checked out by his Lieutenant Pat (R.D. Call,

Waterworld) who confirms from DeMarco that is is legit, so Terry is in.

But it is when Jackie’s sister Kathleen (Robin Wright, State of Play) shows up things start to heat up as they try to re-kindle their first love.

Things will heat up in Hells Kitchen, but can Terry take the heat when one of his old friends is killed and thrown in the river. Who is responsible and can he get revenge?