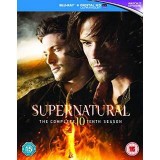 5 stars for the next thrilling instalment of the hit TV show.

Supernatural was created by Eric Kripke (Revolution, Boogeyman) and season 10 was executive produced by Robert Singer (Lois and Clarke: The New Adventures of Superman), Jeremy Carver (Being Human), Phil Sgriccia (Smallville) and Adam Glass (Cold Case), so no shortage of heavyweights involved, and it does show. 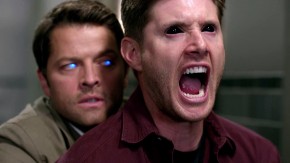 Following the events of season 9, Dean (Jensen Ackles – My Bloody Valentine, Dawson’s Creek) has been transformed into a demon by the First Blade and cursed with the Mark of Cain. He has gone off on a rampage with Crowley (Mark Sheppard – In The Name of the Father, Battlestar Galactica) and it is up to his younger brother Sam (Jared Padalecki – Gilmore Girls, Friday the 13th) to track him down and set him on the right path. 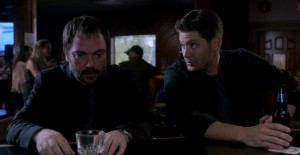 Sam will be forced into some pretty dark places himself and everyone else is having problems too. The angel Castiel (Misha Collins – Karla, 24) is slowly losing his “grace” and trying to contend with angels who have yet to return to heaven. Crowley is having family problems and facing rebellions in Hell and Metatron (Curtis Armstrong – American Dad, Ray) is up to his old tricks. 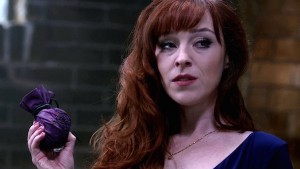 There are also an a array of enemies for the “Men of Letters” to face, both old and new including the powerful witch Rowena (Ruth Connell – Folklore, The Cursed Man), blast from their past Cole Trenton (Travis Aaron Wade – The Forger, Pig Hunt) and of course the evil Stein family.

As ever this series is brilliant, perfect for fans of the horror/fantasy genre and as compelling as ever. They are never afraid to go for the big story lines which makes it impossible to put down once you start watching. (It’s always watched one disc at a time instead of one episode in our house).

This is an obvious must own for fans of the Supernatural franchise, and the 322 minutes of special features should keep us all going while we eagerly await the arrival of the next series.

“I’d be happy to kill her, she just called me a fish.” 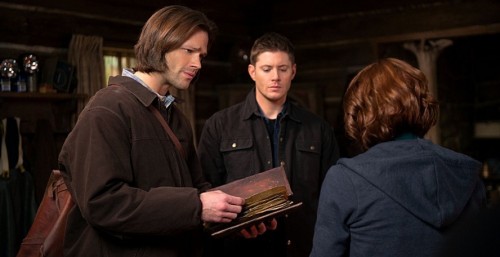 Supernatural: The Complete Tenth Season is available to buy now on DVD and Blu-ray