5 Star SAO turns up the heat. 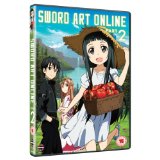 It’s been 2 years since SAO went online and Kirito has reached level 74, the highest level anyone has really gone to, as now it seems that only 500 of the 6000 people in Aincrad are actively clearing levels to end their entrapment.

Whilst on level 74 Kirito finds and kills a Ragout Rabbit which is a S-rank animal which is the tastiest of all animal types. He heads back to Agil’s store 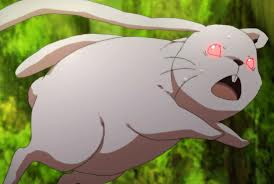 where he plans to sell the meat, but in the store Asuna shows up and informs them that she has topped-out her cooking skill and Kirito decides that it would be a shame to waste such a good ingredient.

This does not sit well with Asuna’s escort Kuradeel, who does not trust Kirito as he is a Beater. Asuna ignores him and the pair head for Asuna’s home on level 61. They discus the way everybody has settled into their lives in the construct.

This leads them to the decision that they should team up and go adventuring and end their imprisonment. 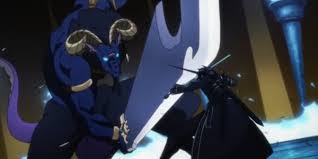 Adventuring they come across the level 74 End Boss Gleam Eyes, thinking they don’t have the numbers to take it on they retreat and camp for some food until Klien and the Furinkazan guild show up and they agree to work together just as the Aincrad Liberation Force guild show up demanding maps and the location of the Boss room. Kirito agrees and warns the leader not to take the boss on with his men in their worn out condition. 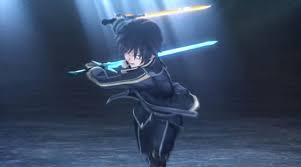 check on the soldiers. The fools have taken on the boss and are getting slaughtered. They all rush in to save them, but this boss is tough and they’re not making a dent in his health bar and Kirito has to show his new skill ‘Single Handed Duel Wielding’. This is a skill that no one has seen before. 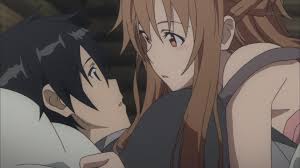 With Asuna’s and Kirito’s relationship growing, they decide to remain together and Asuna will take a leave of absence from The Night of the Blood Oath Guild, but leader Heathcliff does not like the new development of Kirito’s new skill or the fact that he will lose his right hand woman. So he challenges Kirito to a dual in front of all and if Kirito defeats him he will let Asuna go with him and if he loses he will become a member of his Guild.

Where is Akihiko Kayaba hiding?

A great series that keeps you gripped till the last credit. Brilliant. 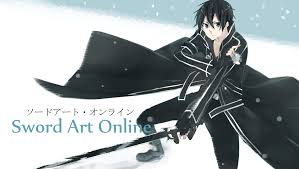 Available to Buy on DVD and Blu-ray from 27th Jan. 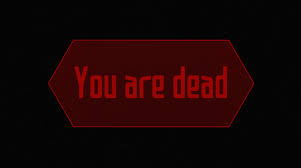