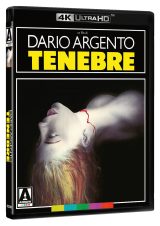 Tenebrae, first released in 1982, was written and directed by iconic Italian horror maestro, Dario Argento (Suspiria, Phenomena) and has enjoyed a 4K restoration courtesy of Arrow Video. Unfortunately however, his celebrated return to Giallo has not aged as well as it might have done.

“Now, Tenebrae is about human perversion and it’s effects on society. I’d like to know how you see the effects of deviant behaviour on our lives.”

Tenebrae tells the story of Peter Neal (Anthony Franciosa – The Long Hot Summer), an American author who is visiting Rome in order to secure a book deal along with his agent Bullmer (John Saxon – A Nightmare on Elm Street). 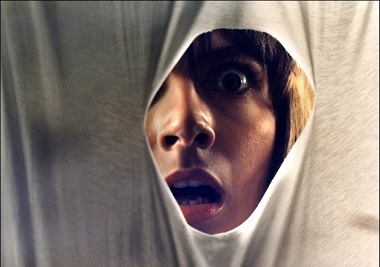 Soon after he arrives, he begins to receive letters (made using newspaper cut-outs), featuring quotes from his latest work, Tenebrae. Alongside the letters, the police begin to find bodies, killed using the methods mentioned in the book, the first victim having pages torn from the book stuffed into her mouth.

Then begins a race against time for Captain Germani (Giuliano Gemma – Day of Anger, Corleone) to decipher the meaning of the letters as they get more threatening and stop the killer before he strikes again, or even kills the author he seems to be stalking.

Like any good crime writer, Peter Neal has two over-enthusiastic sidekicks in the form of Anne (Dario Nicolodi – Delirium) and Gianni (Christian Borromeo – Stigma) and likes nothing better than to do his own digging into events, with the usual less than successful results.

“There was only one answer to the fury that tortured him.” 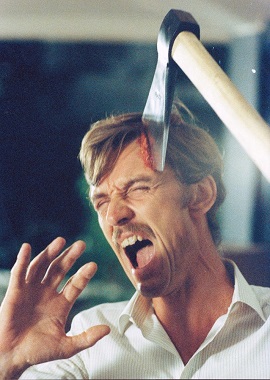 This style of film worked in the early eighties, but it doesn’t translate well to modern day viewing at all. The 4K UHD conversion is excellent, which I think may be part of the problem, they have taken away what little sense of mystery a slightly fuzzy picture may have provided. The eighties soundtrack also makes no sense to modern ears, not much good for creating atmosphere.

There was actually an entire scene devoted to a beauty pass of a concrete monstrosity of a house (including tiles) which served to prove beyond a shadow of a doubt that they were indeed inside a building. Where all the action was allegedly taking place. 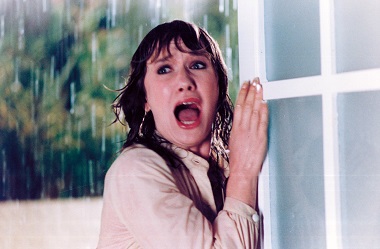 On the plus side, for male viewers there doesn’t seem to be a single bra in the whole film. And one of the victims seems to be contractually obliged to permanently have her left breast hanging out. If it’s gore you are looking for then this film offers it in spades especially towards the end as arterial blood splurts left right and centre.

There are loads and loads of special features included with this release of Tenebrae, as well as a choice of versions and an English or Italian soundtrack.

All in all, if you are a die-hard Dario Argento fan, then this latest release is all singing and all dancing and will offer everything you need. If not, you may be disappointed.

“I grieve for this child, her death was the only way I could be free to go on. I will eliminate those who disgust me.” 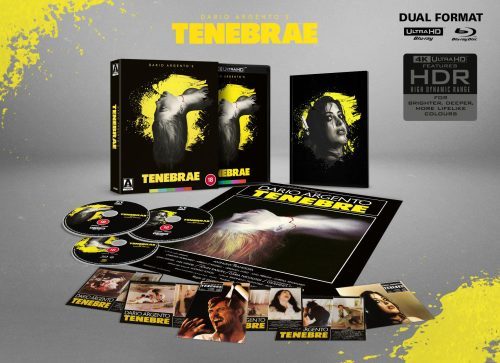 • 4K (2160p) UHD Blu-ray™ presentation in Dolby Vision (HDR10 compatible)
• The re-edited 90-minute US version, specially recreated for this release from the new 4K restoration of the full-length 101-minute version, exclusive to UHD
• Two audio options: a recreation of the original theatrical experience, complete with jump cuts and sudden audio shifts, and a new, more seamless edit created for this release, both in restored lossless English mono
• Optional English subtitles for the deaf and hard of hearing
• Original “Take Me Tonight” stereo EP recording, performed by Kim Wilde