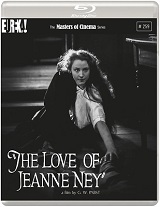 Originally released in 1927, The Love of Jeanne Ney [Die Liebe der Jeanne Ney] is an epic of Weimar Cinema, based on the novel by Elja Ehrenburg and with a screenplay by Ladislaus Vajda. It is directed by the powerhouse of German cinema that is G.W. Pabst (Paracelsus, Don Quixote) and is a complex tale which employs a number of different cinematic styles.

It is presented here in the UK for the first time on Special Edition Blu-ray as part of Eureka!‘s Masters of Cinema Series #259.

“Jeanne, we are occupying the city. You must flee!” 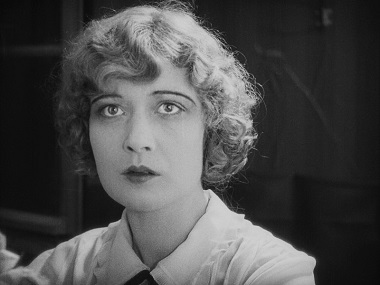 The film is set following the Russian Revolution, as civil war rages in Crimea. Alfred Ney (Eugen Jensen – The Man Who Laughs) is a political observer based in Russia. As the situation deteriorates, he prepares to return to Paris with his daughter Jeanne Ney (Édith Jéhanne – The Chess Player).

In the meantime, a scheming conman named Khalibiev (Fritz Rasp -Metropolis, The Last Waltz) is setting up her father, selling him a list of Bolshevik agents on the eve of their occupation of the city. 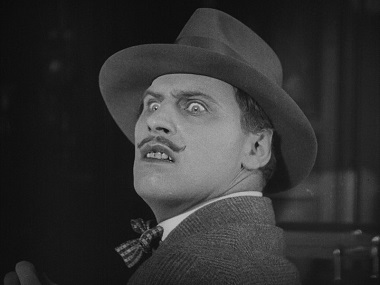 Unbeknownst to her, included on that list is her lover Andreas (Uno Henning – The Tyranny of Hate, Three Loves), who turns up at the house to try and recover the list.

He is forced to kill her father and warns her that she should flee the city and head for Paris, which she manages to do with the help of Zacharkiewicz (Vladimir Sokoloff – For Whom the Bell Tolls), a communist who has become smitten with her. She flees to her Uncle Raymond (Adolf E. Licho – Lucrezia Borgia) a Private Eye who initially refuses to take her in but is swayed by his blind daughter Gabrielle (Brigitte Helm – Queen of Atlantis) to give her a job. 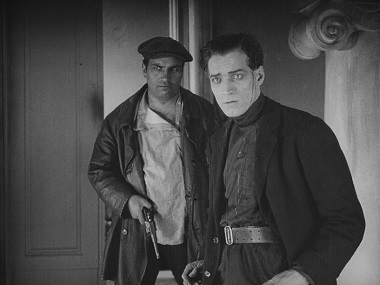 Followed to Paris by both Khalibiev and Andreas, she must weather political intrigue, murder and robbery in order to try and find her happy ending.

The Love of Jeanne Ney is a very well written and complex story, which combines various genres of cinematography, Hollywood blockbuster style, Soviet Montages and of course all the hallmarks of German expressionism. It’s a rollercoaster ride of action and imagery, with plenty of emotion. The acting is surprisingly good for this type of film, not at all hammed up and very effective. 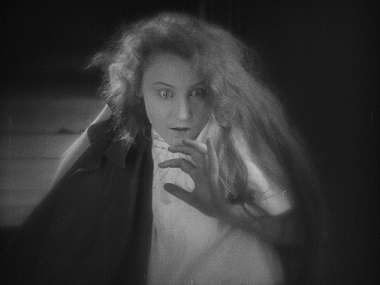 This release includes two versions, the German release which has the original German intertitles with optional English subtitles and a sweeping orchestral score from Bernd Thewes. The other version is the U.S. release which has English intertitles and features a piano score from Andrew Earle Simpson, good but not as atmospheric as the orchestral score.

With both films presented in 1080p, this is a great package which will appeal to lovers of German silent cinema and indeed anyone just looking for a good story.

“So you want to betray us? Because of her…”

The Love of Jeanne Ney is available to buy on Special Edition Blu-ray as part of the Masters of Cinema Series from 6th December 2021.