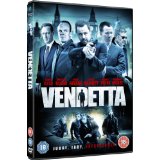 A chain of bloody and gruesome events are set in motion when a gang set about robbing a girl taking the takings to the bank.

Witnessed by George Vickers, (Tony Denham, Revolver) who stands up to them and accidentally kills the little brother of the gang leader Warren, (Joshua Osei, Life Just Is) and he wants his revenge, the rest of 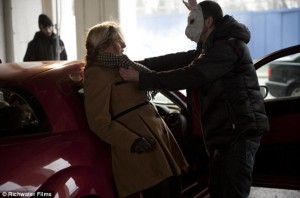 the gang find out where he lives and they reap their revenge by raping his wife then burning the pair of them to death in their own garage.

Their Son Jimmy, (Danny Dyer, Doghouse) returns from Afghanistan two weeks after his parents funeral. You can see he hurts inside and he has a dark and foreboding demeanour.

He is contacted by his childhood friend Griff, (Michael Ryan, War Horse) who informs Jimmy how they died and what he knows about who the robber that had died was.

Soon Jimmy is on the trail of Warren and the vendetta begins. 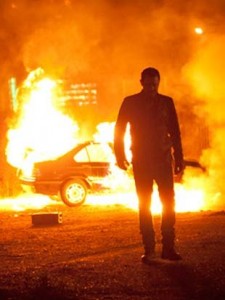 He acquires the four names of those involved in the murder of his parents.

With a flair for the dramatic and his expertise he is soon on the trail of the culprits as he explains to Griff that it’s street justice that is required now and not the cop-out that his employers would dish out, Griff has to agree as he sees his boss DCI Holland, (Alister Petrie, Rush) thinks that this case could get him his undeserved promotion at any cost to Jimmy.

He wants to hunt Vickers like a mangy dog and rid the streets of this vigilante despite what his superiors tell him that Vickers is not to be brought in. 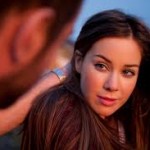 His long suffering divorce wanting wife Morgan, (Roxanne McKee, Wrong Turn 5: Bloodlines), takes pity on her husband even though she knows he is responsible for the ongoing murders.

They start to rekindle their love for each other as the police try to catch up with Jimmy after he is grassed up.

His old friend Ronnie, (Nick Nervern, Terry) helps him out with some hardware so that he can continue his pursuit of the three remaining culprits.

Jimmy’s boss Colonel Leach, (Vincent Regan, Snow White and the Huntsman), wants that information that is inside Jimmy’s head and gives him 48 hours to sort his business out before he comes in.

This film takes to the great hats off to the vigilante films of the 70’s-80’s and is as dark as they were, with some inventive death scenarios.

Dyer plays the role excellently and the supporting cast play their roles really well as they watch Vickers form of justice takes its toll on the criminal under world.

Available to Buy on DVD and Blu-ray 23 Dec.