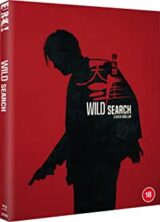 Gun Runners, A Cop, and a Three Year Old.

Director Ringo Lam (City on Fire, Full Alert, Wild City) brings one of Hong Kong favourite action hero’s Chow Yun-Fat (Hard Boiled, Prison on Fire, The Killer, The Replacement Killers, Crouching Tiger, Hidden Dragon, Bulletproof Monk) at the height of his career, to this action, romance story. Standby for a thrill ride that will keep you gripped all the way through.

Seargent Lau Chung Pong (Chow Yun-Fat) is a hard-working, hard drinking  man who sits in his car as his partner Nam (Kwong Leung Wong, The Last Duel, The Godfather Squad) visits a lady of the night. They are waiting for Kit Wah an ex-colleague, now a valet at a posh hotel, where he picks up information and sells it to Pong (Meow, Meow).

He tells Meow Meow that there is a gun deal going down in an apartment down town. In the apartment there is Bullet (Roy Cheung,

The Banquet, Those Were the Days), Elaine Lee (Elaine Jin, Love in a Fallen City, Tempting Heart) and two unidentified males who are in the room to buy guns from Lee. Also, inside the room is the very young and heart melting Ka Ka (Cheuk Yan Chan, Fatal Termination, The Heroic Trio) who is going to be four next month.

The police arrive, and there is a big shoot out that leaves the dealer dead as everyone else flees, leaving Ka Ka with her mother. An investigation starts, who is this woman? An address is found, and the cops set off to the rural village of On Lok. Knowing there is a connection with gun dealing at

this house, they don’t take this lightly, and Meow goes in with gun drawn. Only to be faced with a startled woman, Cher (Cherie Chung, Twinkle Twinkle Little Star, Fascinating Affairs, The Good, the Bad & the Beauty). Busting in, they find nothing to do with the gun-dealer. The only connection is that Cher is the sister of the dead woman, and she lives with her grumpy father.

The more they investigate they find Lee’s real apartment ransacked, but they do recover a photo of Lee and a rich merchant Mr Hung (Paul Chun, Raining in the Mountain, To Hell with the Devil) who helped fund Lee’s antique shop.

What’s the point of having those eyes, if they are useless?

We find out Mr Hung isn’t the nicest of merchants, and he knows that Ka Ka is the only witness to the shooting, and Meow is trying to find Ka Ka’s father as the grandpa isn’t interested in her. With the proximity between Meow and Cher, things start to heat up as they start to have feelings for each other, but there is always a fly in the ointment. Where will Ka Ka find a home?

Wild Search is a great one for the older kids and family members, especially if you are a Hong Kong Action film fan or a fan of the great Chow Yun-Fat.

A can of beer will take care of everything. 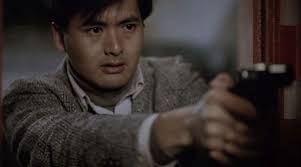 Wild Search is available on Blu-ray