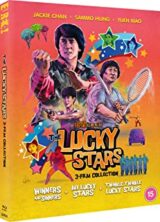 (or Misfits Save the Day)

This trilogy of comedy martial arts has to start somewhere, and where it chooses to start is with the shouts of ‘Burglar!’ as a man (Sammo 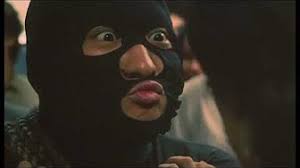 Hung) dressed in black Lycra and a ski mask appears in the dead of night as he makes his getaway on a mini moped (or is he really large on a normal moped?). He spots his next target, a house with all the lights out, but when he gets inside he didn’t expect a surprise party for Sammo Hung, the alarm is raised and our burglar Teapot (Hung) makes a daring escape straight into the police van that has just pulled up. That’s number one, of five.

Number two is Curly (John Sham, Twinkle Twinkle Lucky Stars, The Island), dressed like a lawyer defending the rights of the ladies of the night and getting prostitution legalized with all the workers behind him. Not the police, as they try to bribe him to keep quiet, but he has his principles. So the police turn to dirtier tactics and use skinny Ming to use Curly to incite a riot (oops).

Number three is Exhaust Pipe (Richard Ng, My Lucky Stars, Lucky Stars Go Places) who steals car parts to order whilst driving his tuk-tuk. He steals windscreens and wheels and those wheels are what lands him behind bars (you should never steal a coppers wheels).

Number four is a young sharp dressed man in a jewelry store looking at some very expensive watches. He is a con man who drags in innocent men to secure his ruse and get away with the watches while looking like the victim not the perp. He goes by the name Vaseline (Charlie Chin, Heaven Can Help, The Marine and I).

Last and by no means least is Rookie (Stanley Sui-Fan Fung, In the Line of Duty III, Haunted Jail House). We don’t see his crime but we do see him handcuffed and thrown into the police station.

Meanwhile, in prison the five all connect as cellmates with Rookie being number one as he is the oldest. 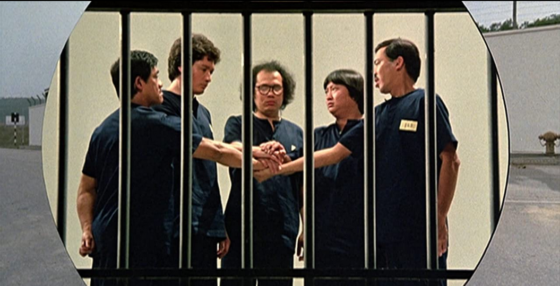 Time passes and the five are free but on the same day Triad boss Jack Tar (James Tien, The Gambling Ghost) is released and picked up by his people in Porsche’s, Ferrari’s and a Rolls-Royce (very impressive). He

commences work on his next criminal project: trading counterfeit US and Hong Kong currency with an American crime boss. The five now start up Five Star Cleaning business along with Curly’s sister Shirley (Cherie Chung, Stars and Roses, The Good, the Bad & the Beauty), who ends up working at Tar’s house. After that you can imagine the fun they have, with roller-skating cops and big Kung-Fu fights, it is going to be mayhem.

The following two films (My Lucky Stars and Twinkle, Twinkle Lucky Stars) follow a similar premise in that all five guys are lecherous, Teapot is the butt of the jokes and there is always a woman of desire in the form of Shirley and Swordflower/ Chief Insp. Barbara Wu (Sibelle Hu, Angel Terminators II). All in all this is a must-have for the action/ Martial-Arts fan, whether you are a seasoned fan or just discovering this genre.

The names may change but the fun is still the same. 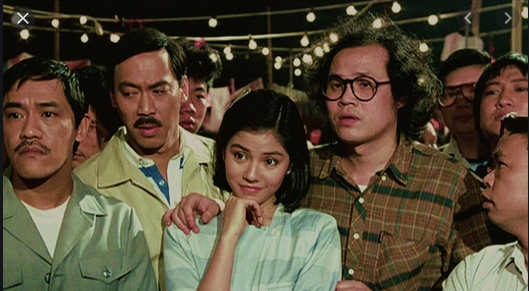