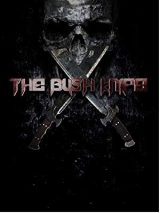 Death, Vengeance and The Bush Knife.

This South African indie film comes via writer/ director Renaldo Kell (Legacy of Steel). This film was created on a micro budget and done in his spare time. Renaldo has pulled off an amazing job to bring us a full length film that keeps you gripped to the end, a man with talent and the determination to go all the way to the top of his industry. Renaldo Kell’s: The Bush Knife premiers in the US of A this December and further afield in 2017. (Watch this space for release details)

William Singh (Bruce Gounder) is a hard working man that is loyal to his company, so when his boss asks him to work overtime again, he hesitantly thinks it over but agrees to do the shift.

The problem William has is the gang the Skulls that run Durban SA. He owes the boss ‘The Skull’ (Ryan Mayne, Spud) and on this night he pays a visit to the Singh household to deliver his message to William. Inside he and his right hand girl ‘Lady Blue’ (Elanza Prinsloo) find Mrs Singh (Angela Val Verde, The Atonement of Janis Drake) and her daughters Kerry (Yarushka Singh) and Kathy (Livania Carnello).

This is the night that William Singh has the carpet of his life pulled from under him, his life falls apart and in the aftermath he seeks solace in the bottle. After a day of heavy drinking, the broken William is ejected from a drinking hole, where he is found by a stranger, rescued and given the chance for the vengeance he wishes. Master Bow (Anesh Moganlall) teaches the former William, now ‘The Bush Knife’, the skills to take the fight to the streets and bring down the members of the Skull Gang. After killing a few members to give The 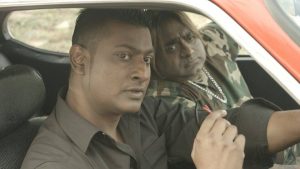 Skull his message he gives himself up to the police.

This is where he meet Detective Rome (Jerome Naidu) who interrogates him about his story and where The Bush Knife gets to take his fight to the main man, The Skull.

This is a gripping film that takes #indie films to a new height. Yes, it does have its issues with lighting and focussing etc. but that does not detract from the story or the action and for a micro budget film this is one great effort that should be supported with  gusto. 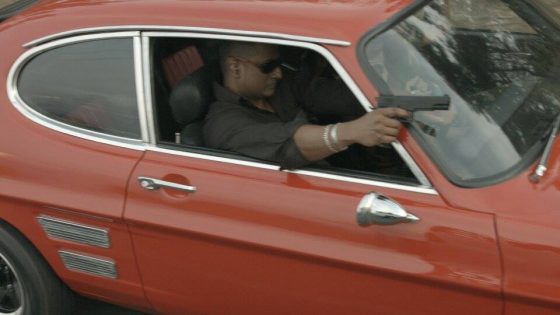 Renaldo Kell’s The Bush Knife is available on Demand