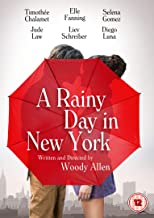 A Rainy Day in New York is written and directed by Woody Allen (Midnight in Paris, Mighty Aphrodite) and is available to stream now on Amazon Prime Video courtesy of Signature Entertainment.

“The worst, of course, is when I’m sexually conflicted. Then I’ll hiccup indefinitely.”

Ashleigh (Elle Fanning – Mary Shelley, All the Bright Places) is an enthusiastic young student at Yardley, a liberal art school in a rural setting. 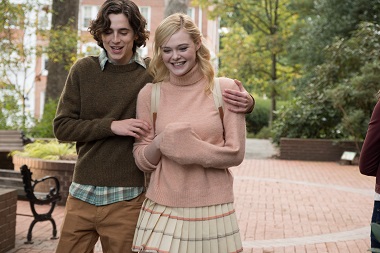 She has been offered an amazing opportunity, an interview in Manhattan with renowned film director Roland Pollard (Liev Schreiber – The 5th Wave, Ray Donovan) for the school paper.

This is of special significance because he directed Winter Memories, the first film that she saw with her boyfriend Gatsby (Timothée Chalamet – Lady Bird, Beautiful Boy). He is excited too, he grew up in Manhattan and sees this as an opportunity to show off the sights and sounds of the city he loves/hates. 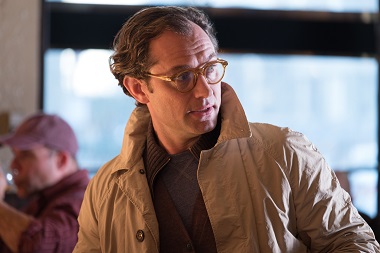 He sets up an itinerary for them, but almost as soon as they arrive that goes out of the window. Ashleigh’s charming and naive manner wins Pollard over straight away and he offers her an exclusive, a chance to preview his new film. Off she goes with Roland and his assistant Ted (Jude Law – Closer, Genius) to begin an adventure she will never forget. 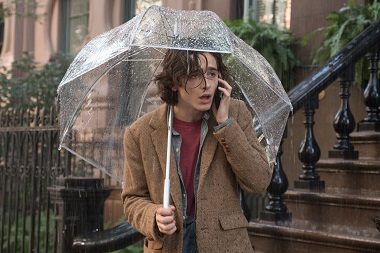 In the meantime Gatsby, jealous of Roland, is at a loose end. He bumps into an old friend Josh (Griffin Newman – The Tick) who is making a film in the street and reluctantly agrees to be an extra. This is how he reconnects with Chan (Selena Gomez – The Dead Don’t Die), sister of his ex-girlfriend, a screen kiss in a rain soaked taxi. He then pays a visit to his brother Hunter (Will Rogers – Weight, Bridge of Spies).

How will all these separate lives be changed as a result of one long rainy day in New York? 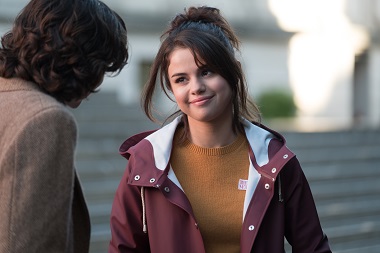 A Rainy Day in New York is a very enjoyable film. Is is darkly comedic and sweet at the same time, no mean feat, and the filming style is lovely, with everything seen through glistening rain drops under black clouds.

The acting is really good as is the script, it has an old fashioned feel which is nice and lends a relaxing vibe to the whole thing while still including plenty of comedy. Despite all the controversy surrounding this film and it’s subject matter in the light of the #MeToo movement, I personally found it to be an excellent film, not offensive at all and to miss out on it simply for its connection to Woody Allen would be a shame. Well worth a watch.

“Brilliant woman. Long blonde hair and a state of the art overbite. Very sexy, a philosophy major. Tell you the truth, I didn’t deserve her. And I didn’t end up with her either, so…”