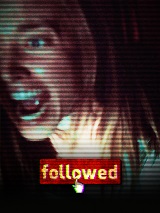 Followed is an American supernatural horror, found footage film. Written by Todd Klick (Miles and the American Musical), it is the very impressive feature debut of director Antoine Le, firmly marking him out as one to watch.

“About not staying at the hotel, are you kidding me? Dude, it’s ooger booger nonsense, there’s no such thing as spirits and ghosts and blah, blah, blah.” 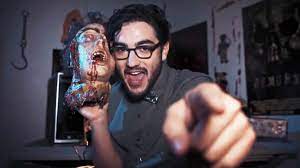 Mike (Matthew Solomon – That Summer) is a popular vlogger and social media influencer, known to his followers as DropTheMike. His subject matter is the supernatural, he visits local places of interest such as the suicide bridge and records his escapades.

When a prospective sponsor, Haute Gothic offer him a substantial amount of money if he can get to 50,000 subscribers, he jumps at the chance. He decides to do a Halloween special and puts the location to the vote. Overwhelmingly, the winning location is the Lennox Hotel in downtown Los Angeles, which is right next to Skid Row and reputed to be very haunted. 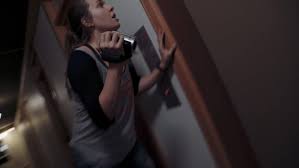 His girlfriend Jess (Kelsey Griswold – The Wrong Daughter) is against the idea, but they need the money and he talks her round. The Director of Photography for the vlog, Chris (Tim Drier – A Sweetest Kiss) is also reluctant, but with the help of their friend and sound engineer Dani (Sam Valentine – The Incantation) he is eventually persuaded to go along. The team is finished by the editor of the vlog Nic (Caitlin Grace – Jill and Bobby) who will also join them for this epic edition of DropTheMike. 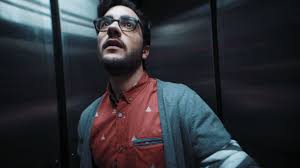 They also seek the help of historian Wallace Fleischer (John Savage – The Deer Hunter, Dark Angel), who has recently written a book about the strange goings on at the Hotel, including infamous serial killer David Olmos (Ethan Camarana – Blood Pageant) living there while he killed 14 people and the more recent unexplained death of Korean tourist Meghan Kim (Sarah Chang – My Father). There have also been many more murders and suicides over the years.

Of course, they ignore his advice but they will soon discover to their cost that this kind of reputation is earned for a very good reason, as their three day Halloween stay begins to turn into a nightmare. 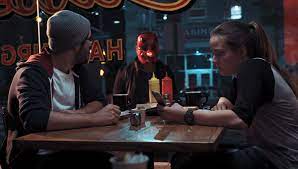 Followed is a very entertaining film to watch, full of good ideas and presented in an interesting and unusual manner. We see the footage through a continuous screencast, from an unknown individual who appears to be researching the fate of DropTheMike and his friends. 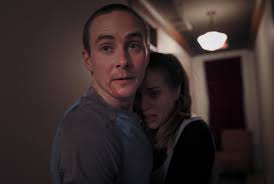 It is also quite thought provoking, asking questions of the modern obsession with social media and influencers and the seeming lack of empathy it creates. The whole thing feels very believable with great acting performances from relative unknowns, which gives us relatable characters in terrifying situations. It is tense throughout, right up to the excellent twist and while not out and out gory, it is certainly deeply unsettling.

A fresh take on the genre,  this one is definitely worth a watch.

“Mike, are you kidding? This is dangerous and I know that you know it too, so can you just come home?”

FOLLOWED is released on Altitude.film and other digital platforms from 11 October.