3 stars of girl next door/possession thriller. 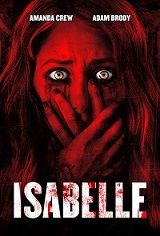 Isabelle is written by Donald Martin (Milton’s Secret, Dim Sum Funeral) and directed by Robert Heydon (The Crescent, The Pinkertons).

“Not a few changes. Everything. Trust me, everything is going to change.” 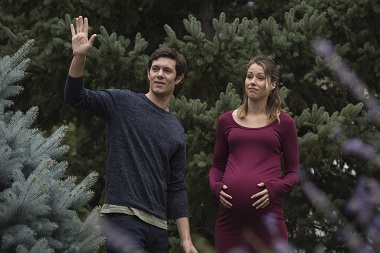 All seems well until suddenly the baby stops kicking. Matt says what he always says, that everything will be okay, but that can’t always be true. Larissa collapses in the street in front of neighbour Anne (Sheila McCarthy – The Umbrella Academy, Die Hard 2) suffering from eclampsia. She is clinically dead for one whole minute and unfortunately loses the baby. 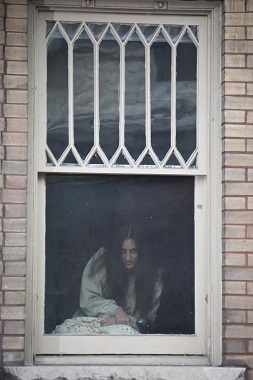 The doctors warn that there may be residual effects, prescribe her antidepressants and send her on her way. She begins to become obsessed with Isabelle (Zoe Belkin – Carrie, Darken) the daughter of Anne next door, who is wheelchair bound and spends all her time sitting in her window staring at her.

As Larissa’s state of mind worsens, Matt brings in her sister Jessica (Krista Bridges – Narc, Land of the Dead) to help. She takes her to see a friend Pedro (Michael Miranda – Suits), a spiritualist who warns her that her soul is in danger. Can Matt work out what is happening in time to save her?

Isabelle gets off to a very promising start. It could have been a well handled examination on the effects and psychological impact of grief on a young couple. However, it suddenly veers off into some strange exorcist-style possession flick, packed with vague religious mumbo jumbo. 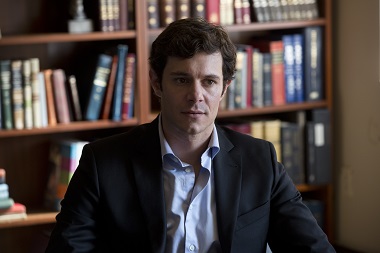 The film is very short and as a consequence there’s little opportunity to flesh out the very one dimensional characters, and some of it is just plain unfeasible. If you have a nosy neighbour, you don’t leave your bedroom curtains open unless you are an exhibitionist. It also suffers from an ending which makes no sense at all.

It’s still a watchable film, quite enjoyable but could have been done better.

Isabelle will be available on Sky Store, iTunes and UK digital platforms from 30th September