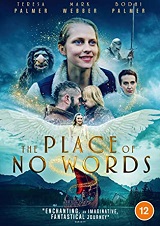 The Place of No Words is an Australian film, written and directed by Mark Webber (Flesh and Blood, The End of Love) who also stars. With stunning backdrops and haunting music, this film leads you on an intimate journey with its main characters, a young family.

It is presented in the UK on Digital and DVD by Dazzler Media.

“Bodhi, I don’t really like playing games about being dead.” 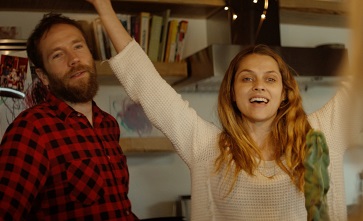 Mark (Mark Webber) is a terminally ill father. When his infant son Bodhi (Bodhi Palmer) asks him an innocent question, “Where do we go when we die?”, he tries to explain the concepts around death and dying through a series of fantastical stories.

While his wife Teresa (Teresa Palmer – Warm Bodies, Hacksaw Ridge) keeps the family together, Mark and Bodhi embark on a series of magical adventures, 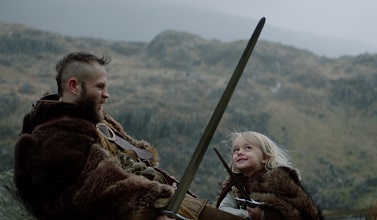 making use of Bodhi’s imagination in order to help Mark overcome the stark reality of his hospital bed.

The two of them meet Grumblers (giant snot monsters), traverse a farting swamp and fight off an alien invasion. as well as conversing with fairies and witches. Meanwhile in the real world, Mark and Teresa spend as much time as they can with Bodhi, giving him good memories of his father, although he does not yet understand why.

“We’re going to have to cross this farting swamp son. Let’s go.” 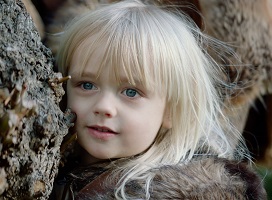 The Place of No Words is an incredibly moving story, brilliantly written and acted. The fact that Mark Webber, Teresa Palmer and Bodhi Palmer are actually father, mother and son adds an entirely different dynamic to the film.

Although very young, Bodhi is entirely at ease with his parents and as well as being unbearably adorable gives an amazing performance which lends a very intimate feel to the piece. Through the childlike dream sequences, we see how this loving family deal with impending doom, seeming almost like a home video they filmed themselves. 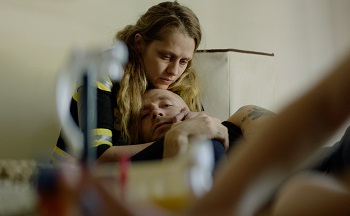 For such dark subject matter, it is also quite uplifting, although some of the real life sequences perhaps lay it on a bit too thick. That is entirely made up for however by the stunning vistas and haunting music which accompany the film.

It is challenging to watch and it won’t be for everyone, but if you are prepared to stick it out it is a truly heartwarming and insightful film and well worth adding to your collection.

“The thing that you saw was your fears taking shape and growing. They will continue to grow. So will you. Keep asking questions.”