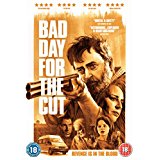 Heartbreaking and violent in equal measure, Bad Day for the Cut is a powerhouse of a revenge story that wowed audiences and critics at the Belfast Film Festival, the  Sundance Film Festival – the first feature length film from Northern Ireland to be presented there – and on its recent tour of Northern Ireland. Brutal and breathtaking, this is one tale of vengeance you don’t want to miss.

Synopsis:
Donal (Nigel O’Neill) is a farmer who still lives at home in a little Irish village with his mother, Florence (Stella McCusker). He works the fields during the day and drinks in the local pub at night. He seems content with a simple, quiet life. The only sense we get of his wish for something more is an old campervan, which he has lovingly restored.
When Florence is killed in an apparent home invasion, Donal sets off for Belfast in the little red van, looking for revenge. What he finds is a world of violence and brutality that he can’t understand… And a secret about his mother that will shake him to his core. 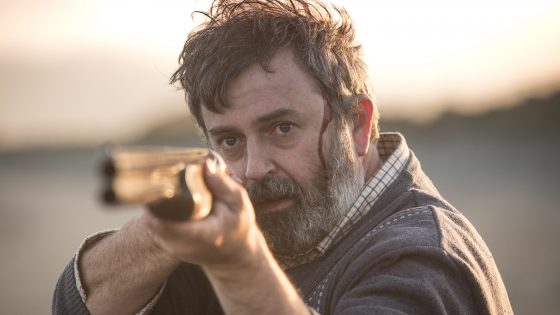