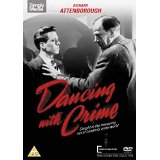 John Paddy Carstairs, best known for his work with Norman Wisdom (Trouble in Store, One Good Turn, Man of the Moment), brings us the tale of two childhood buddies who went to war and returned safe and sound.

Ted Peters (Richard Attenborough, Jet Storm, Jurassic Park) and Dave Robinson (Bill Owen, Last of the Summer Wine) grew up on the same road along with Ted’s Fiancée Joy Goodall (Sheila Sim, Pandora and the Flying Dutchman) in Camberwick Green, London. They are as close as two war buddies could be, but they are poles apart in their lifestyles. Ted is still wearing army fatigues and driving a cab for a living, whereas Dave loves the finer things

in life and must have them by any means. This does not separate the friends, they just accept that each is an individual and an extra bit of cash for giving someone a lift is always an added bonus for a man that wants to settle down with the love of his life Joy.

Dave is the man about town and is known in all the top places, especially at the Palais-De-Danse, where he and the rest of the staff are all part of an operation, run by the proprietor Gregory (Barry Jones, Brigadoon) and fronted by the MC Paul Baker (Barry K. Barnes, The Return

of the Scarlet Pimpernel). Dave has a good thing going working for Gregory, pulling capers all over London, but as always things do not go as planned and when Gregory offers him £50 for a job he had done, Dave isn’t happy and things heat up, to the point where guns are produced. Dave gives the boss a bit of a beating which leads to Baker to shooting Dave, but he flees to Ted’s parked up Taxi.

Sometime later Dave’s body is found in the back of said cab, and so begins Ted’s search for his best mates killer(s).

The clues are all there, they just have to sift through them all, the police, Ted and Joy are all on the case.

Just don’t get sent to “The Farm” 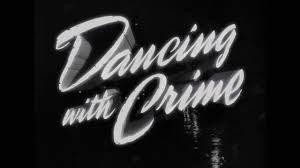