4 stars of the continued adventures and trials of Naruto Uzumaki. 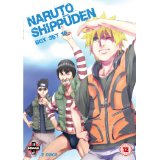 The usual spoiler alerts apply, this series carries on directly from the events of series 17!

The beginning of series 18 sees Naruto and Sakura back at the leaf village, where Naruto is forced to try to explain to the Konoha 11 why he must take the fight to Sasuke alone. 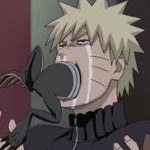 Kakashi is beginning his preparations to become the Hokage, however at the last minute Lady Tsunade awakens from her coma and much hilarity ensues as the poor stone carver is informed that once again he must change the face he is to carve.

Gerotora remembers Jiraiya’s words to him and has Naruto summoned to the Great Lord Elder in order that he might be stored within him, thus loosening the 4th Hokage’s seal on the Nine Tails and allowing Naruto to summon it at will. A dangerous strategy but one which may prove necessary in a time of war. 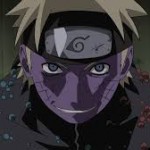 The Great Lord Elder also gives a prophecy that Naruto will meet an octopus on an idyllic island and that he must fight a young man with powerful eyes. Naruto of course knows that this refers to Sasuke, but still has no clue as to the identity of the octopus.

The Five Kage’s meet and it is decided that both Naruto and Killer B (The Eight Tails) should be kept safe as they are all that stands between the Shinobi and Akatsuki. To this end Tsunade sends Naruto to undertake a training mission with Killer B in the Land Of Lightning, an arduous sea voyage away. 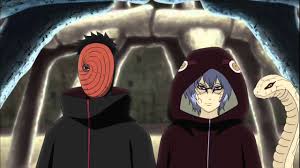 In the meantime, the hunt for Madara and Kabuto continues back in the Land Of Fire, and all of the Shinobi begin to prepare for the approaching Fourth Shinobi World War.

This is a thoroughly enjoyable series, striking just the right balance between comedy and the tension created by the upcoming events. The latter part is especially good, bearing in some ways quite a striking resemblance to One Piece, as the ship and crew from the Leaf Village head from island to island in an attempt to reach the Land Of Lightning. 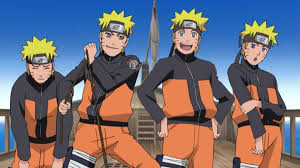 Their adventures are numerous and highly entertaining to watch, although there is a slightly dark theme of vengeance running through each of the stories.

Very good this, obviously a must see for Naruto fans who are following the story-line and a great watch even for the casual observer.

Naruto Shippuden series 18 is available to buy now on DVD.