4 Stars of Human and Demon vs Demon and World Annihilation. 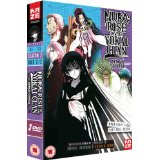 Once again we are thrown into the complicated world of demon vs demon with the humans very much in the mix.

Following on from series 2 part 1 we get the conclusion of this arc Demon Capital, as Rikuo and his Night parade of a hundred demons take on the Kyoto Yokai along with their leader Hagoromo Gitsune’s and her dream of giving birth to her unborn ‘child’. 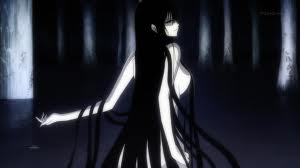 With just one seal to break Hagoromo Gitsune gathers her followers at Nijo castle (the 1st seal).

Whilst Rikuo and his Night Parade are going to the summit of the Forest of Torii. Where Awashima finds she is whisked away to another realm owned by Senju Mukade, where she remembers that some yokai are invincible in their own realm, so she must find what gives this yokai his powers. 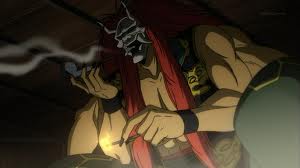 spiral to lure the enemy into the centre of the spiral and Rikuo and the Night Parade must help in defeating the Ayakashi and replacing the seals on the outer spiral. But before they can get started Tsuchigomo, an ancient Ayakashi who was tricked by Hidemoto into a 400 year slumber, turns up and wants to fight the toughest Fighters. A huge battle takes place and Rikuo is beaten and battered as are the Night Parade, the sun comes up and Rikuo turns back into his human form but still wants to fight. Tsuchigomo is impressed so he kidnaps Tsurara until they meet again. 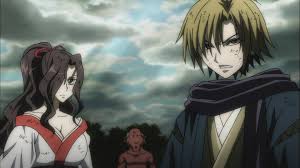 The problem was that Rikuo’s blade could not reach his quarry and he is told that he must learn to accept the human 1/4 of his body and that he must earn the trust of his Night Parade so that he can use their fear against his enemies.

Mean while Kubinashi has gone feral and is after Ayakashi, any Ayakashi and Kejoro follows him and tries to bring his mind back from the depths of revenge.

But even with her plans going her way, Hagoromo Gitsune may not be the

person in charge of her destiny. As plans that started over a thousand years ago start to come to fruition.

Not everybody is who they seem to be, whether they are appearing to help or not.

Who will the battle in this ever lasting war?

A great series that does take some concentration but it is well worth the effort by the end, a dark and chilling tale of what a Demon thinks humans are for. 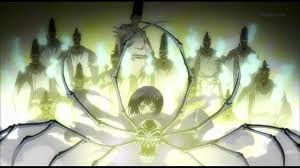