This adaptation of Tom’s Midnight Garden was originally released in 1989 and is based on the much loved children’s book of the same name by Philippa Pearce (The Way to Sattin Shore). It is written for the screen by Julia Jones (Juliet Bravo, Q.E.D.) and directed by Christine Secombe (Johnny Briggs, Grange Hill).

“There’s nothing to do here. The house is all flat and no garden. The bedroom has bars on the windows, but Aunt Gwen says it’s a mistake.” 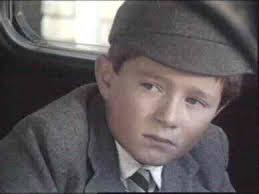 Tom Long (Jeremy Rampling – Casualty) is a young boy living with his parents and younger brother Peter (Simon Fenton – Castles, The Bill). When Peter contracts measles, his parents decide to send him away to stay with his Uncle Alan (Shaughan Seymour – Love Actually, Flawless) and Aunt Gwen (Isabelle Amyes – Bad Girls, Sense and Sensibility). Tom is understandably not keen, given that they live in a poky little flat with no garden. 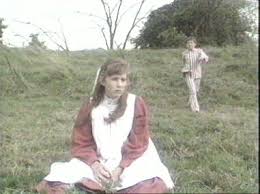 However, he is sent anyway and finds it every bit as boring as he expected. The only thing of interest is the old Grandfather clock in the hallway, which keeps excellent time and yet never chimes correctly. One night he hears it chime thirteen times and upon investigation discovers a beautiful garden through the back door of the flat.

When he goes back inside, he is in a grand Victorian home. Each evening he is able to return home to the flat so his Aunt and Uncle are unaware of anything going on. With a world of adventure to explore, he soon finds no-one can see him, with the exception of a young girl Hatty (Caroline Waldron – Dog Soldiers, Absolutely Fabulous). 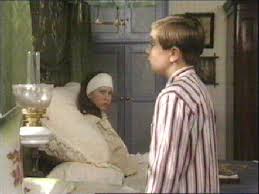 The development of their relationship is a pivotal part of this story, as they come to realise that Tom is somehow travelling back and forth in time. The acting is superb, especially for such young actors and it is faithful to the original story.

A real must watch for the whole family, this is a timeless classic. My only complaint is that this being a BBC production there has been no work done on it at all. It hasn’t been tidied up any, sound or visuals, it has simply been put onto DVD, which seems a missed opportunity. However, this is a great adaptation, featuring a new interview with Director Christine Secombe.

“The weather is usually fine, but the last time I went outside to the garden, for the first time it was night. It was dreadfully hot and clammy, but the clouds were blowing across the moon.” 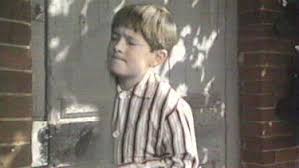 Tom’s Midnight Garden is available to buy now on DVD