1 star for this unexpectedly entertaining B-movie. 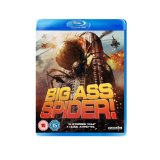 Unlike the majority of films such as this, Big Ass Spider is not entirely devoid of acting talent, starring Greg Grunberg (Heroes, Hollow Man) as the intrepid pest control officer, charged with the task of saving the planet and Lombardo Boyar (24, Gone in 60 Seconds) as his inevitable and not at all cliched Mexican side-kick. 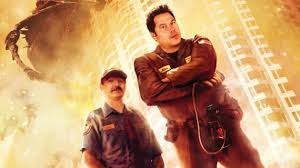 The plot of this film is, as you might expect, relatively simple, a small ass spider becomes a medium ass spider and then, shock horror, becomes a giant ant! No, not really, just kidding, obviously it becomes a Big Ass Spider. One of those alien/military gone wrong situations that the makers of B-movies are so fond of.

But praise be for the ordinary man in the street who can prevail where the amassed forces of an entire nation have failed. Hurrah for America! 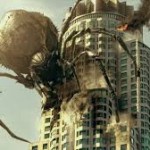 The budget for Big Ass Spider seems to have been considerably larger than you would expect for this type of feature and the special effects are, as a consequence, actually pretty good. However, if you are not fond of spiders then this might not be for you.

All that being said, you really should watch this. It is not a classic, never will be, but it is hilarious and the best part is, for once I think it was supposed to be. 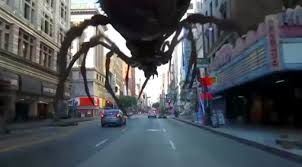