2 stars for this highly questionable take on the vampire myth. 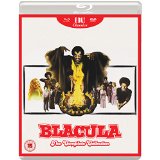 This Dual Format DVD and Blu-ray release features both of the films in the Blacula series. The first of these, simply titled Blacula, is directed by William Crain (The Dukes Of Hazzard, Dr. Black, Mr. Hyde) and was first released in 1972, jumping firmly on the blaxploitation bandwagon.

The film opens in 1780 in Transylvania. Picture the scene, an African Prince, Mamuwalde (William Marshall – Maverick, The Boston Strangler) has decided that the best way to further his quest to abolish slavery is to visit some bloke living in a castle in Romania. Where else would you go? 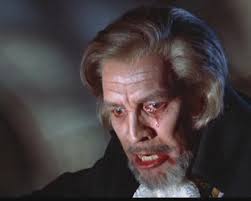 Unfortunately, this castle is owned by Count Dracula (Charles Macaulay – Splash) and after a rather rude exchange concerning his wife Luva, Dracula places a curse upon Mamuwalde, turning him into a vampire and sealing him into a coffin, so that he might thirst for eternity as his beloved wife dies and rots at his side. Dracula himself names his creation Blacula.

Happily, almost two centuries later, a couple of extremely camp interior decorators take a trip to Transylvania to the clearance sale of the Dracula residence. They find and fall in love with the coffin, shipping it back to L.A. 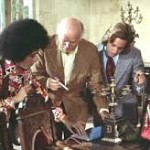 Obviously hungry after his captivity, he chows down on the unsuspecting pair, but spying on the family of one of the men, he spots Tina (Vonetta McGee – The Eiger Sanction, Repo Man), who he believes is the re-incarnation of his dead wife. 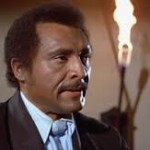 L.A. is suddenly plagued with a series of suspicious deaths, each corpse inexplicably short of blood (but presumably high on funk). As Blacula closes in on her, Tina is assisted by her sister Michelle (Denise Nicholas – Ghost Dad) and her boyfriend Dr Gordon Thomas (Thalmus Rasulala – New Jack City), who suspects a vampire is responsible for the killings.

The second film in the collection, Scream Blacula Scream, was released the following year, directed by Bob Kelljan (Count Yorga, Vampire) and is even stranger than the first film. 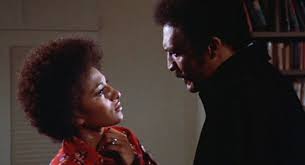 In this one, Mamuwalde is once again unleashed upon the world, but this time using voodoo. After a dying voodoo queen appoints Lisa Fortier (Pam Grier – Jackie Brown, Jawbreaker) as the true successor, her son, Willis Daniels (Richard Lawson – Poltergeist, Wag The Dog) is incensed and to get revenge he buys and resurrects the bones of the vampire African prince.

All of this draws the attention of Justin Carter (Don Mitchell – Ironside), who is an ex police officer with an interest in the occult, who begins to investigate Blacula. 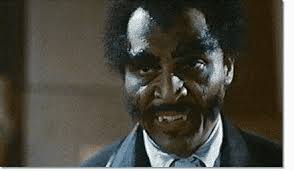 Although the conversion to Blu-ray is very good, with excellent picture and sound quality, both of these films come across as being very silly to the modern audience. Their need to use a soul soundtrack makes the whole affair feel like Shaft with fangs.

There is altogether far too much cruising around in night clubs wearing a daft cape, and his unfortunate habit of sprouting enormous hairy lamb chops, werewolf style, every time he gets blood lust means that it is completely impossible to take the horror side of things seriously either.

If you were, or indeed still are, a fan of the blaxploitation movement then you will almost certainly love this, if not you may find it a bit weird, maybe even offensive in places, and unfortunately it really isn’t worth watching for the horror.

“You shall pay, Black Prince. I shall place a curse of suffering upon you that will doom you to a living hell.” 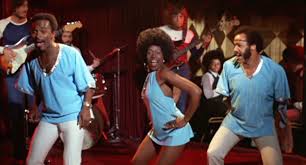 Blacula – The Complete Collection is available to buy on DVD and Blu-ray from 27th Oct 2014.