4 stars for this stylish and clever psychological horror. 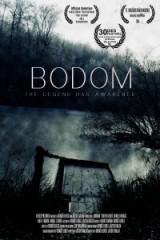 On June 4th, 1960, four teenagers went camping to Lake Bodom in Finland. All but one were killed by dawn.

Winter 2009, Anniki Jokinen and Pietari Niskala, media students of the University of Rovaniemi, chose the 1960 tragedy for their thesis.

Bodom is written and directed by József Gallai and Gergö Elekes and is Hungary’s first found footage film.

This film tells the story of what happens when Anniki (Vivien Turzó) and Pietari (Bence Kovács) take a trip to Lake Bodom to investigate the murders which occurred fifty years previously. They just about get on, but the general consensus is that Anniki is very interested (if not obsessed) with the subject, while Pietari is just tagging along for the ride.

They film their journey in a rubbish rental car and eventually find themselves staying in an abandoned house (more of a shack really) that they booked on the internet. A trip to the Lake leads them to meet another couple, Inkeri (Kata Tábori) and Jussi (Dániel Szabó), who Pietari takes to but Anniki hates.

After a series of strange events and a night of drinking it becomes obvious that something is very much not right.

For this genre of film, Bodom is very well thought out. For one thing, a relatively large amount of it is made up of interviews with family and friends which offers welcome relief from the unsteady filming style of found footage. 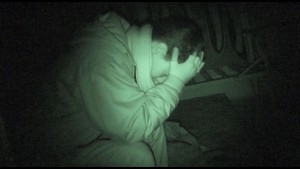 It also allows a soundtrack to be added over those portions of the film, which bleeds over slightly into the found footage elements. An elegant solution that adds atmosphere without compromising the integrity of the scene.

There are lots of little interesting elements to Bodom, the filming style is very good, brooding and atmospheric, and there are places where there is no video footage, and you just watch the audio feed, which I hadn’t seen before and quite enjoyed.

At 65 minutes long, Bodom is short but just the right length to achieve what it set out to do, a tense exciting mystery with lots of twists and turns that leaves you guessing right to the very end and beyond.

An excellent addition to the found footage genre and highly recommended. 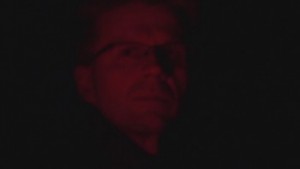 Bodom will be available on VOD and limited DVD release in the US and Canada from Spring 2015 onwards.