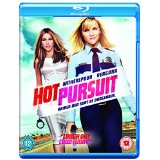 Hot Pursuit is written by David Feeney (According To Jim) and John Quaintance (Material Girls) and is directed by Anne Fletcher (Step Up, 27 Dresses).

Hot Pursuit tells us the story of Rose Cooper (Reese Witherspoon – Devil’s Knot, Wild), a cop who is a bit too intense. She is rubbish with men, the film opens with her scaring away a date by waving her gun at him.

After a disastrous case where she tasered the mayor’s son causing him to spill alcohol and set himself on fire, she is now the laughing stock of the station. She is however being offered a chance to redeem herself. 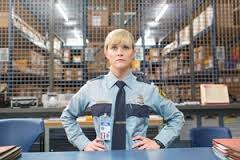 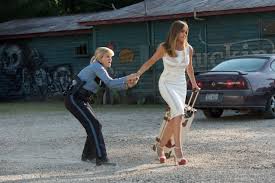 However, it all goes horribly wrong, as two shooters turn up and kill both Jackson and Felipe, leaving the two women to fend for themselves. They make their escape and soon encounter Detectives Hauser (Matthew Del Negro – Celeste and Jesse Forever) and Dixon (Michael Mosley – The Proposal), however, Cooper realises that they were the shooters and they are forced to flee yet again.

Now fugitives, they go on the run, which is easier said than done given that Daniella is very feisty and not all that keen to go with Cooper anywhere. Her insistence on dragging an enormous suitcase full of shoes around with her doesn’t help matters either. 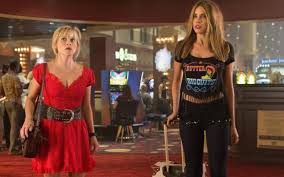 They manage to find help from some very unlikely sources, including felon Randy (Robert Kazinsky – Pacific Rim), who is persuaded to assist them in evading all the people who want them dead. They gradually become used to each other in true road trip style.

Hot Pursuit is a pretty enjoyable way to spend an evening. It’s no classic by any means but there is plenty of humour, albeit a little bit childish. The two leads make a good comedy team as they are so different from each other and they both excel at slapstick.

“I am a police officer. Mrs. Riva, she’s a federal witness in my protective custody. Everybody in this state is looking for her, dirty cops and the cartel. We need a couple hours to lie low. Now, can you help us with that?” 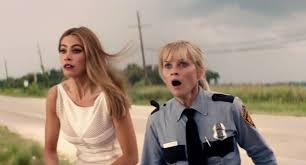 Hot Pursuit is available to buy now on DVD and Blu-ray now and will be released on 23rd November 2015.