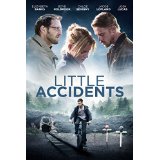 Although it is a mining disaster which sets in motion the events of the film, it is a very unusual take on the usual story, starting as it does months after the accident, when the only survivor Amos Jenkins (Boyd Holbrook – The Host, Gone Girl) awakens from his coma and is forced to come to terms with what happened.

He also finds himself under attack from all sides, as the coal mining union want him to testify against the Bonford Coal Company, for whom he still works, in order to help the families of the 10 dead miners. However, he knows that to do so will leave his friends, family and himself with no means to support themselves. With the community divided he is the unwilling focus of their attention.

Life in the small town in West Virginia is continuing, as life does after these things, with the families left behind trying to put their lives back in order. The children are also struggling, as many of them have lost a father. 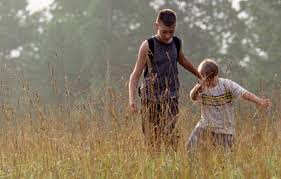 Owen (Jacob Lofland – Mud, Maze Runner: The Scorch Trials)  and James (Beau Wright) Briggs weren’t popular before the accident, but add to that the fact that they now have a little money due to the pay out for their father and some new gadgets, the other kids have even more reason to bully them.

They don’t give in easily, but when a tragic accident in the woods leads to the disappearance of one of the other children, the police are called in to try and piece together what has happened in this already shattered community. 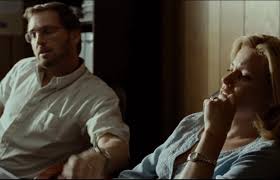 To make matters worse, the missing boy is J.T. Doyle (Travis Tope – Boardwalk Empire), the son of Bill (Josh Lucas – The Lincoln Lawyer) and Diane (Elizabeth Banks – The Lego Movie, The Hunger Games) Boyle. Bill is one of the owners of the mine, under fire from the locals because of the accident. This makes everyone suspicious as to the motives behind his son’s disappearance.

All of these individuals will gradually find themselves drawn together in a web of lies and intrigue as the truth begins to be revealed. 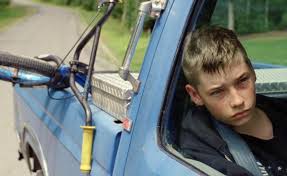 Little Accidents is a really good film, well thought out and well written with an excellent script. The acting performances are brilliant, understated but to the point and very believable. This is no action film, but it’s contemplative nature holds you right to the very end and the characters are all extremely compelling.

This is a thought provoking film, which stays with you after you finish watching, especially following all the news of mining disasters in recent years, when you realise you never really gave any thought to what comes afterwards.

Powerful yet still enjoyable to watch, I would thoroughly recommend adding Little Accidents to your collection.

Little Accidents is available to buy on DVD and On Demand from 28th Sept 2015.

Clip 1 –
This scene features Diane (Elizabeth Banks) and Bill (Josh Lucas) at the police station reporting their missing son, JT.
Clip 2 –
This scene features the town coming together to search for Diane and Bill’s missing son. Amos (Boyd Holbrook) works for Bill’s mining company and was the only survivor of a recent terrible coal mine accident – Bill introduces himself to Boyd and thanks him for helping in the search for his missing son.