1 star for this uninspiring and unfunny “comedy” horror. 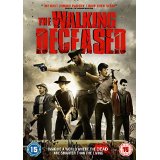 The Walking Deceased is written by and stars Tim Ogletree (Supernatural Activity) and directed by Scott Dow (Taste Buddies – short).

It lampoons a number of other films and series in the zombie genre, which is a great idea and has been known to work very well. However, if you are going to be rude about others work, especially people or shows with a huge fan base, you really should make sure that your own has at least a tiny amount of artistic integrity to back it up. 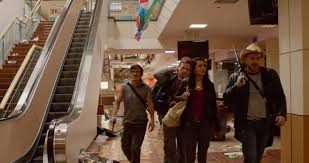 The Walking Deceased follows a group of surviving humans in a world infested by zombies after a restaurant worker failed to wash his hands before preparing sushi (yes, the rest of the film is also that stupid).

Our hero is Sheriff Lincoln (Dave Sheridan – Horrible Bosses, The Devil’s Rejects), who awakens after being in a coma for a month to find the world overrun with zombies. He encounters two of a group of friends, all named after their favourite type of pizza, who are currently holed up in a local shopping mall. 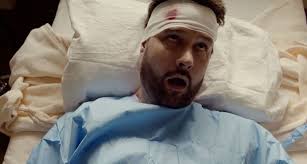 Green Bay (Tim Ogletree) and Chicago (Joey Oglesby – Fruitvale Station) decide to allow him to join and in fact lead their group, even though he is clearly both brain damaged and useless. When the tag line said that “the dead are smarter than the living” I was kind of hoping that the dead would be extra clever, rather than everyone else being painfully and embarrassingly stupid.

They meet up with the other two reluctant members of the party, Brooklyn (Sophia Taylor Ali – Missionary Man) and Harlem (Danielle Garcia) and decide to strike out for the Safe Haven Ranch which they have heard about. 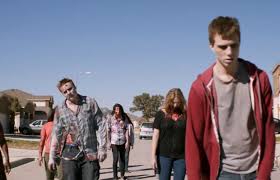 Before they can leave however, they encounter Romeo (Troy Ogletree) a zombie who also narrates the film. He is becoming more human and just wants to find love and Brooklyn, who doesn’t have two brain cells to rub together falls for him instantly, somehow failing to notice he is a zombie. Oh dear.

The rest of the film follows their misadventures, told through a series of overworked gags, which are thoroughly flogged to death by the end of the film. We all know the Sheriff in the Walking Dead has a son called Carl and the first time our Sheriff calls his own son Carl instead of Chris, it is sort of amusing. An hour later, less so. 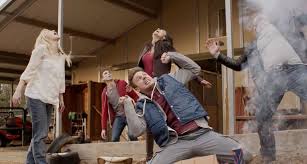 The acting isn’t bad, considering the lack of experience of most of the cast, but unfortunately, the humour (if you could call it that) mostly comes across as being either rude, childish or just downright mean spirited, which is a shame because I was really looking forward to it. I wouldn’t ever watch this again. If you are a fan of zombie films, go out and watch one, it will almost certainly be funnier than this.

“My wife is smart. She used to fend for herself all the time at work.” 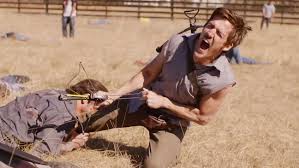 The Walking Deceased is available to buy now on DVD