3 stars for this star-strangled thriller. 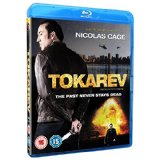 Tokarev (also known as Rage) is directed by Paco Cabezas (Neon Flesh, The Appeared) and is the latest film from Nicolas Cage (National Treasure, Lord Of War).

McGuire is the owner of a successful building company and is providing honest work both for himself and his old accomplices from the vague criminal activities of the past, Kane (Max Ryan – Kiss Of The Dragon, Death Race) and Danny Doherty (Michael McGrady – The Thin Red Line, Keith).

However, his blissful new existence comes to an unexpected end when he and his wife attend a charity event and leave Caitlin at home to study with two of her friends, Evan (Jack Falahee – Sunburn, Slider) and Michael (Max Fowler – The Expelled, The Killing). 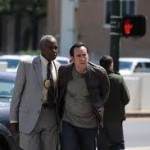 Called back home by Detective Peter St. John (Danny Glover – Lethal Weapon, The Colour Purple), they find their house ransacked and their daughter kidnapped, taken, according to the two teenage boys, by a group of Russians who stormed the house.

When his daughters’ body is found, shot using an eighties police issue Russian gun, a Tokarev, McGuire immediately thinks back to a botched kidnapping from his past. 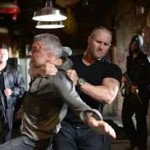 Feeling that it has come back to haunt him, he gets together his old crew (who, conveniently, just happen to be working for him) and prepares to take on the Russian Mafia, the seedy underbelly of crime in the city and anyone else he thinks might know something.

Despite it’s lofty aspirations and seemingly great cast, Tokarev is lacking in many ways. It is impossible to watch without drawing comparisons to Taken and unfortunately Nicholas Cage, although brilliant, is no Liam Neeson. It also boasts a “shocking twist in the tail” which I had worked out within the first half hour and then spent the rest of the film fervently hoping I was wrong and that they wouldn’t stoop to such a cliche. 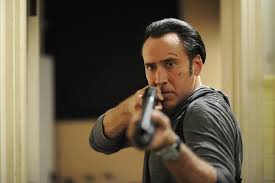 Some of the acting is very good, some is questionable (such as Danny Glover, who surpasses even Steven Seagal with his incomprehensible mumblings) and all of it, when it gets to the end of the film, seems completely pointless and quite disappointing.

Nicholas Cage fans may enjoy this, or wonder why he agreed to make it, I think it could go either way. A good action film for the most part, Tokarev is let down the most by an ending more suited to a horror spoof franchise than a serious revenge film.

Not great, but there are plenty of worse films out there, this is not near the top of my must have list though.

Tokarev is available to buy on DVD and Blu-ray from 22nd Sept 2014.