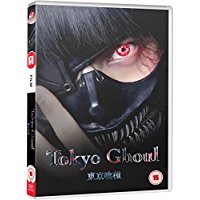 At long last the eagerly awaited live action adaptation of the best selling manga by Sui Ishida is coming to DVD the UK, courtesy of All The Anime. 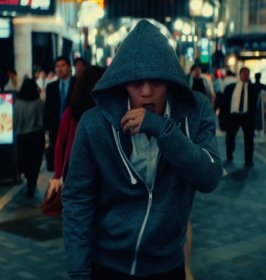 Tokyo Ghoul is set in a world where humans are forced to co-exist with inhuman creatures known as ghouls, who must feed on human flesh to survive. They prowl the wards of Tokyo stalking their prey and the residents live in fear.

Far removed from this is Kaneki Ken (Masataka Kubota – 13 Assassins), a quiet and studious school boy who has a crush on a local girl, Kamishiro Rize (Yû Aoi – Journey to the Shore). However, his life is thrown into turmoil when he discovers she is really a ghoul and a terrible accident leaves him as the first ever human-ghoul hybrid.

Now torn between two worlds, he is forced to turn to other ghouls for help and is taken to ‘Anteiku’, a coffee shop where ghouls try to live in peace.

Here he meets Kirishima Tôka (Fumika Shimizu – The Dark Maidens) and learns how to avoid the ‘doves’, a Counter Ghoul operation who will take them out at any cost.

This is a really good adaptation from anime to live action. It retains the feel of the anime very well and the special effects are excellent. To any fan of the anime, the characters and locations are instantly recognisable, which is pretty rare and the story is true to the original. 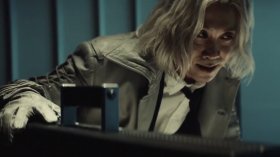 It is also well enough written and explained to be of interest to people who are yet to see the anime (if that’s you, you really should watch it!) and there is plenty of gore and action to please horror fans.