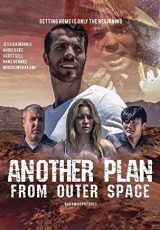 The Future with that Essential 1950’s Sci-Fi Vibe.

It all started in 2016 with writer/director Lance Polland (Werewolves in Heat) a lover of Sci-Fi and the Horror genres and he brings his latest venture into the Classic B movie style, of those Classic 1950’s films.

Road Rash Reviews were honoured to get to see the film as we couldn’t make the Orlando Florida or the LA premières and what a treat it is as well.

With speeches from past and Presidents of the USA talking about the space race and going further out into space to colonise the planets of our solar system, it is

now 2024 and Mars has been conquered, with more than 500 humans outnumbering the robot population of previous years. They now reside on the red surface for up to two years. 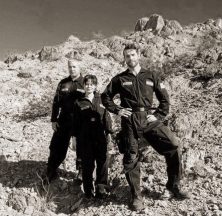 surface of Planet Earth. After a large explosion we find that there are survivors, Captain Raymond Jackson (Scott Sell, Out to Kill) and Lieutenant Ben Brookes (Hans Hernke, The Howling, Red Army Hooligans) are the first to regain consciousness with Commander Sam Strickland (Jessica Morris, Lucifer, Sorority Slaughterhouse) and Chief engineer Emma Hudson (Augie Duke, Trauma is a Time Machine, The Eighth Sin) coming round when the guys find them in the scorching heat of a

desert. The Commander says she has ringing in her ears and her balance isn’t at its best either.

First things first, rations They search the wreckage and find enough water for two days and an semi-automatic pistol and one clip of ammunition. The Commander points out that they should make camp at least two miles away due to the risk of radiation from the crash site. The Commander is sent ahead to scout and possibly locate the Colonel and the Dr whilst the others haul the rations behind her.

Whist scouting ahead Sam comes across Dr Kôji Yushiro (Minchi Murakami, So, You Want to Be a Gangster?,  All I Ever Wanted) who has spotted some sort of shack in the distance. He informs Sam that the Colonel didn’t make it but he was a hero saving them all that day.

Back at camp the chief is off on her own when she comes across an injured Kôji saying that “she is trying kill me” Emma rushes to get the others but when they get back there is no sign of Kôji or of anyone ever being there, curious. 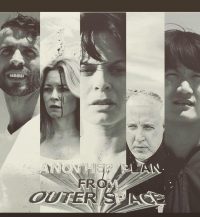 Also the Commanders behaviour starts to be a bit erratic with mood swings and being outspoken when Kôji suggests to the Captain that Sam may be suffering some PTSD, but she rebuffs him and soon after the Captain swears he could hear music and someone shouting. Is the heat getting to them?

With morale being low they try to get word to the Cape and hope for rescue, but things don’t always run smoothly in a desert rescue situation and the crew of Genesis One must survive and get back to civilisation.

This is the tale of Genesis One.

With twists and turns and a great twist at the end all viewers are in for a treat and with the atmospheric classic Sci-Fi music from Alessio Fidelbo (Average Fellas) you will be transported to Saturday mornings in front of the TV watching some Classic 1950’s Sci-Fi film.

Catch it if you can. 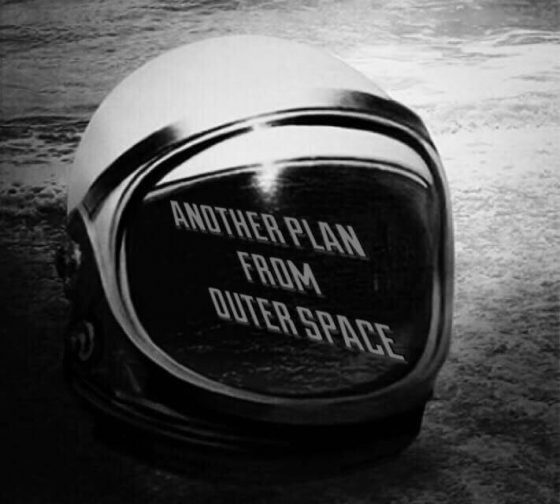 Another Plan From Outer Space is available on Blu-ray, DVD