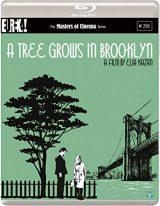 The 1943 novel by Betty Smith, (Tomorrow Will Be Better) was adapted by writers Tess Slesinger (Dance, Girl, Dance) and Frank Davis (The Train, Ten Tall Men) and then new director Elia Kazan was given the chance to shine and did he? Yes, as he went on to direct some of the most iconic films in cinematic history. (A Streetcar Named Desire, On the Waterfront, East of Eden, Wild River). 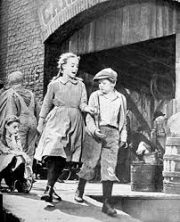 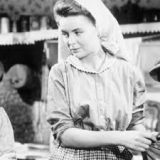 Williamsburg neighbourhood of Brooklyn, New York at the turn of the Twentieth Century, when times were hard and the streets were harder. The Nolan family live in a tenement building renting a few rooms for Katie (Dorothy McGuire, Three Coins in the Fountain) and Johnny (James Dunn, Bright Eyes), with their offspring Francie (Peggy Ann Garner, Home, Sweet Homicide, Bomba, the Jungle Boy) and Neely (Ted Donaldson, Adventures of Rusty). 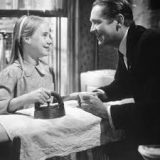 Katie is the stalwart of the family keeping all the money they can scrape together, she cleans and Papa (Johnny) is a jobbing singing waiter as well as being an alcoholic, his ‘sickness’. Meanwhile Neely teaches his older sister how to get the best money for the rags they can collect. Francie (‘Prima Donna’) is the apple of Papa’s eye whereas Neely is Katie’s little boy.

The other most important thing in Katie’s life is paying Mr. Barker (Charles Halton, Rhapsody in Blue) the insurance man for their funerals, nobody wants to be buried in the paupers field. Mr Barker visits a lot of households within Brooklyn so he hears a lot of tales and one of them is that Katie’s sister Aunt Sissy (Joan Blondell, The Cincinnati Kid, Grease) has a new husband, her third and we don’t know where the second one is, nor does Sissy. 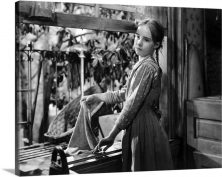 alphabetically through her local library, reading everything she can get her hands on. Every night Neely reads from the family bible and Francie reads her big book of Shakespeare. Francie loves looking at the tree that grows in the big backyard where everybody has their washing lines strung across the yard to a pole in the middle, much to the annoyance of maintenance man Mr Creckenbox (John Berkes, War Dogs) who has to lop off the trees branches, much to the annoyance of Francie, but Papa assures her that it will be OK. 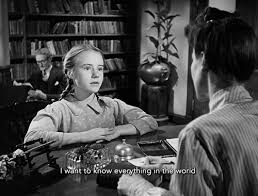 story to put a smile on your face and if you need something he will do his best to help. When Francie feels stifled at her over populated school and sees a school much more to her liking which matches her intelligence, Papa finds a way to get her there. Much to the annoyance of her mother, who wants Francie to get a practical education on a job instead of Neely who doesn’t really like school. 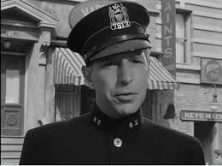 With Johnny being away a lot either working or on an alcoholic bender, Katie is alone a lot and this doesn’t go unnoticed by local police officer McShane (Lloyd Nolan, Airport) and Aunt Sissy notices the glint in the officer’s eye.

Francie has aspirations but life is hard and she and Neely have a lot of growing up to do.

Watch as the Nolan’s go through the ups and downs in a Brooklyn apartment.

With Elia Kazan‘s amazing direction it is no wonder this film won an Academy Award for Best Supporting Actor James Dunn for his portrayal of Francie’s father. Also Peggy Ann Garner received the Academy Juvenile Award for her performance as Francie Nolan. Just have your hankies ready to wipe up those tears. 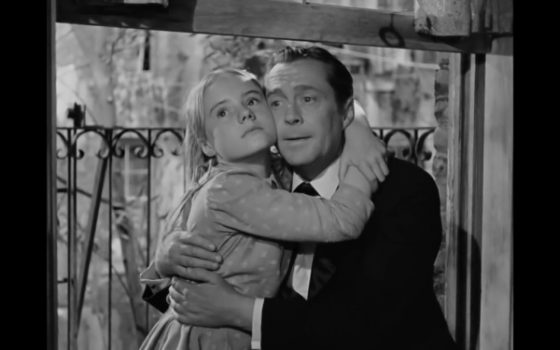 A Tree Grows in Brooklyn is available on Blu-ray.

1080p transfer of the film on Blu-ray from a 2K restoration completed from a 4K scan of the original film elements
Optional English subtitles for the deaf and hard-of-hearing
Feature-length commentary by Richard Schickel with Elia Kazan, Ted Donaldson, and Normal Lloyd
The Making of A Tree Grows in Brooklyn
An Appreciation of Dorothy McGuire
A Tree Grows in Brooklyn Hollywood Star Time: Original radio broadcast version of A Tree Grows in Brooklyn from 1946, starring Peggy Ann Garner, James Dunn and Joseph Kearns
PLUS: a collector s booklet featuring new essays by Kat Ellinger, Phil Hoad, and Philip Kemp, alongside rare archival imagery