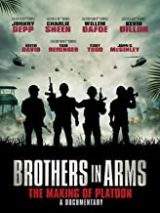 (Straight from the grunts mouths)

Paul Sanchez (Platoon, Navy Seals, Body High) gathers his band of brothers after thirty years, since they all shared a pivotal moment in their lives and everybody that went to see Platoon at the cinema. An independent film that shook the cinematic world. 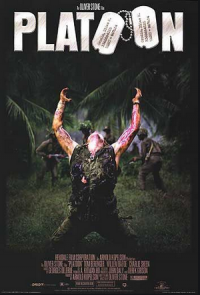 30th of March 1987 a low budget, independent, non-SAG Film, with mostly unknown actors hits the Academy Awards. A film that had been peddled by its writer Oliver Stone (Salvador, Wall Street, Born on the Fourth of July, Natural Born Killers) based on his experiences during the Vietnam War. And he wanted to paint the true horror of war, and he would use a unique idea to film his vision, a boot camp. 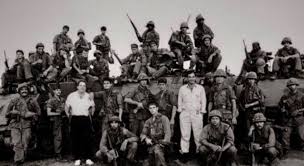 Brothers in Arms: The Making of Platoon brings all the actors that were fresh-faced kids, some on their first gig and those that had experienced a film set before weren’t yet veterans. But they are household names now thirty years later, here is the list of actors. first is the narrator for this one hundred minute 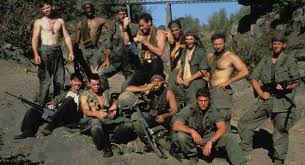 Curse of the Black Pearl), Tony Todd (Hell Fest, Candyman, The Crow, The Final Wish), just to mention a few.

During the filming we find out about the man Oliver Stone and his unorthodox filming methods, and how he got into your head to get the best out of his grunts.

Brothers in Arms: The Making of Platoon is a must for any fan of this genre of film and true die-hard Platoon fans.

Brothers in Arms: The Making of Platoon is available on DVD and Amazon Prime