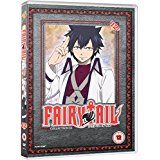 The Good, The Bad and the Church.

All The Anime brings us part 12 of Fairy tail arc “Key of the Starry Heavens” where we see the further adventures of the wizard guild as they look into why Lucy’s father sent her the clock hand. 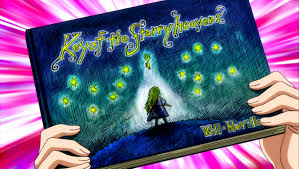 Episode 132 sees Fairy Tail headed for the Heartfilia mansion in search of clues for what Legion wants with the clock hand.Whilst there Lucy finds an old picture book the ‘Key of the Starry Heavens’.

been scattered far and wide. But before they can leave on their mission to retrieve the clock pieces they are attacked by the leader of Legion Samuel and his man at arms Dan Straight. They want the book and Samuel has worked everything out with his huge intellect. As usual Natsu is straight in there with his Dragon fire magic. He and the others are shocked when their magic is reflected right back at them, via Dan’s shield. The Legion are strong and Fairy Tail are at a disadvantage since their escapades on  Sirius Island and their seven years being locked away, now everyone is stronger. 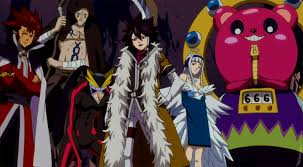 Meanwhile the destruction of churches continues and Lahar comes across the culprit ‘Jackpot’ a demented fruit-machine who pulls on his one armed bandit to determine which spell will be used. Jackpot is a member of the re-formed Oración Seis who have escaped from the cardinals Zentopian prison. Under order of the Arch-Bishop the clock pieces must be found and the destruction of churches must be brought to a halt.

This is a three-way battle to find the clock pieces and all parties are determined that it will be theirs and Fairy tail are at a disadvantage, but their fervour will pull them through. 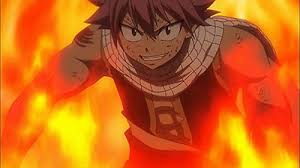