4 star ninja action as things begin to get serious. 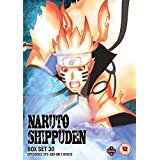 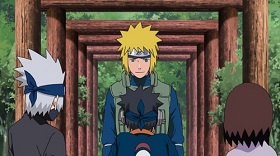 Naruto Shippuden Box 30 comprises episodes 375-387 and concludes the Fourth Shinobi World War: Climax arc, before starting us off on the Birth of the Ten Tails’ Jinchuriki arc.

“We’ll sleep tomorrow and we’ll dream our own dreams!” 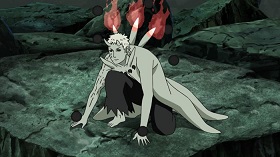 The war is now coming to a head and it seems Obito had far greater plans than anyone realised, even pulling the wool over Madara’s eyes. Shinobi who have been separated for years and even deadly enemies must come together to battle against this new threat to the peace of the Shinobi world.

The arrival of the ten tailed jinchuriki heralds the birth of the Divine Tree, topped with a bud which can complete the Ultimate Tsukuyomi, thus ending the world as they know it. 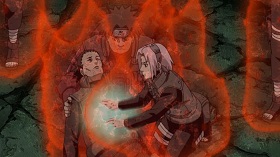 Can the Shinobi bury old arguments and come together to save their world?

This is a thrilling instalment in the story, very exciting and quite surprising in places too. A complete must own for Naruto fans as it begins to bring a conclusion t the current ongoing storyline.

“I’ll have to use my Rasen-flash Super-circle Dance-Howl Stage Three. I’ll create an opening for us all with it.”

Naruto Shippuden Box 30 is available to buy now on DVD.