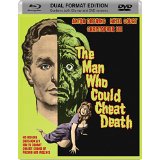 Terence Fisher (The Hound of the Baskervilles, The Mummy), the master of Hammer Horror, does it again with this 1959 remake of the 1945 film. Both are based on the play “The Man on Half Moon Street” by Barre Lyndon. Now for the first time in 1080p colour Blu-ray Dual-Format. 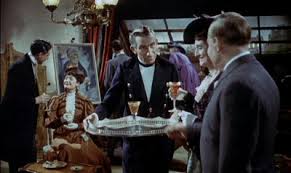 es Bonner (Anton Driffring, Where Eagles Dare) is a famed doctor and sculptor and every now and then he holds a gathering at his home and practice in Rue Noire 13 Clinique De Paris Central. The streets are dark and foggy in 1890. 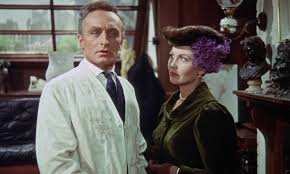 Turning up unannounced is Janine Du Bois (Hazel Court, The Curse of Frankenstein) and her escort for the night Dr Pierre Gerrard (Christopher Lee, The Hobbit 3D Box Set).

Bonner is surprised to see his former muse as he had abandoned her previously, saying that her statue has never been sculpted. But he has been working on another piece with his new muse Margo (Delphi Lawrence, On the Run).

But there is something else on Bonner’s mind and it seems very important. When his man servant Roget (Ian Hewitson, The Hound of the Baskervilles) returns empty handed he starts to panic.

He is desperately awaiting his old classmate

Professor Ludwig Weiss (Arnold Marlé, The Snake Woman), as Bonner is in urgent need of lifesaving surgery. But what Inspector Legris (Francis De Wolff, From Russia with Love) is desperately seeking is the serial killer that strikes every ten years. Could a man in his mid thirties be that killer?