4 Stars of Gothic Tales of Gargoyles vs. Demons with Frankenstein’s 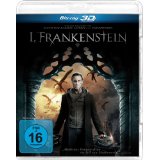 Monster in the middle.

For Stuart Beattie’s, (Pirates of the Caribbean, Saga) second film (mainly a writer) he has come up with a twist on the legend that is Frankenstein’s monster. Set after the death of Victor Frankenstein, (Aden Young, Killer Elite) in a frozen region of the North, the monster heads back to the scene of his crime (the murder of Victors Wife Elizabeth) and buries Victor in the family plot. 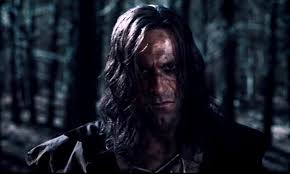 What he doesn’t know is that demons know of Frankenstein’s work and wish to use the knowledge written in his personal journal, written two years earlier in 1793.

He is attacked by the demons as he starts to fill the grave. He tries to fight them off and manages to kill one of them, resulting in a fireball, when out of the night sky two Gargoyles, Ophir, (Mahesh Jadu, The Three Ages of Sasha) and Keziah, (Caitlin Stasey, Tomorrow, When the War Began) that had been standing position on a nearby building swoop down and destroy the remaining demons.

The Monsters body is taken back to the Gargoyles 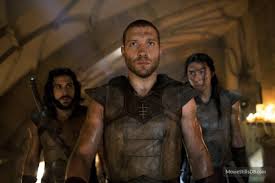 massive Gothic cathedral. When he awakens, he is chained down and the man in front of him, Gideon (Jai Courtney, Divergent) wants to kill ‘it’. But there has never been a human that could kill a demon before.

When they discover the journal of Victor Frankenstein they are ordered by the head Gargoyle Leonore, (Miranda Otto, War of the Worlds) they lock it away to never see the light of day again. Leonore offers Adam, as she names him, a place of safety within the walls of their sanctuary, but Adam is a lone wolf and wishes to be alone, so the Gargoyles give him a pair of staves that carry the mark of the Gargoyles, the only way to descend a demon. 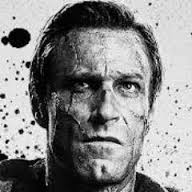 Adam wanders the remote northern regions until the demons catch up with him, so he decides that he must go back to civilisation, but he finds that much has changed in the 2oo years of his wanderings.

As has he. He has become the hunter of

demons and has taken it on in the dark alleys of a modern city. This angers the Gargoyles and once again he finds himself in chains in the Gargoyle headquarters. This time Leonore looks into Adams eyes and instead of finding potential she finds darkness behind them. 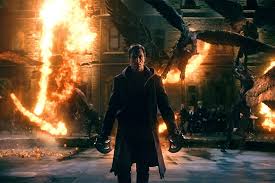 This time he finds out that it is Naberius, (Bill Nighy, Hot Fizz) that is looking for the journal and he is trying to re-animate bodies that have no soul, so they can be the vessels of the millions of downcast. Frankenstein’s journal holds the key.

Start the epic battle between the good, the evil and the indifferent.

I love this take on the classic tale of altering Gods world. “God is no longer the sole creator of Man” (Leonore). I can see a sequel coming if this film makes enough revenue.

Although this film is very enjoyable in 2D, it is well worth looking at the 3D option. Rather than going for the obvious shock tactic of throwing items out of the screen at you, they instead go for the more subtle approach of pushing the backdrops into the screen to add depth and richness to the experience.

I will watch this film many times and I think you will too, leave brain at door and enjoy.

Available to Buy on DVD, Blu-ray and 3D Blu-ray on the 26th May.