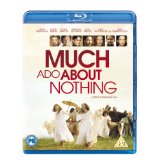 Kenneth Branagh (Henry V) who adapted this for the screen, directed and stars in this beautifully upgraded to 1080 romp in Messina.

This film has an amazing cast, taken from the best of the class 0f 1993.

Leonato, (Richard Briers, Peter Pan 2003) is out picnicking at his villa when he is told that prince Don Pedro, (Denzel Washington, Man On Fire) is returning after quelling an uprising by his half brother Don John, (Keanu Reeves, The Matrix). 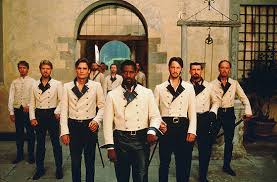 By Pedro’s side is his good friend Benedick, (Kenneth Branagh, Valkyrie), a sworn bachelor and a wit with his tongue, that he uses to fence with the bachelorette Beatrice, (Emma Thompson, Saving Mr. Banks) Leonato’s niece. 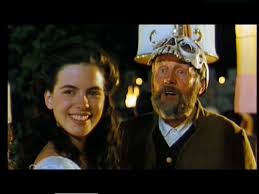 Don Pedro takes on the role of match maker for the young Count, but all the while Don John has a black heart and he will stop at nothing to thwart the happiness of Hero, Claudio and Don Pedro.

Everybody seems to be as gullible as possible, at every turn they fall for the misdirection of the men who work for Don John and it all seems to be falling apart for the erstwhile lovers as all those around Benedick and Beatrice conspire to get them together.

A Fun time will be had watching this Shakespeare classic especially now that it has been upgraded for Blu-ray.