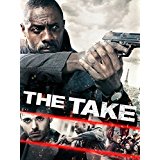 Bombs, Thieves and an Irresponsible Agent.

From writer/director James Watkins (The Woman in Black) comes a powerful action film in the light of ongoing events within Europe. This top class action/drama from one of the top actors of the moment grabs your attention from the start and it stands toe-to-toe with recent action films.

Michael Mason (Richard Madden, Game of Thrones) is an American living in Paris, France. Without a steady job he makes his living by being a very good pickpocket. He uses a patsy to grab people’s attention then relieves them of their watches, wallets and passports, then he pays her off and dumps her.

He gets his money from Baba (Eriq Ebouaney, Transporter 3), a fence in the migrant quarter of the city, where he claims that he doesn’t want to go back to the US but with his money he wants to put himself through Medical School.

Later he is sitting at a road-side café checking out potential marks when he spots a blond girl looking troubled. She has a shopping bag that looks important to her and this sets Michael in motion. He soon has the bag in his possession and finds a secluded doorway to inspect his prize.

The bag was important to Zoe (Charlotte Le Bon, The Hundred-Foot Journey) as she was supposed to drop the bag off on an empty floor of the French National Party HQ but she chickened out because she saw some people. 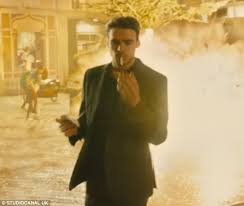 Michael just finds the girls wig, a soft toy and her phone which he takes. This is when he finds out the girl’s name as the phone rings and the man on the other end calls for her, but he hangs up. He takes the bag, throws it down by a rubbish bin and walks away, but a few seconds later Boom.

The explosion sends Michael flying and kills four people. When he comes to and sees the destruction and hears the sirens, he flees the scene.

This where Special Agent Briar  of the CIA (Idris Elba, Pacific Rim) comes in. After his spell in Baghdad went sour he is now in Paris under the watchful eyes of Tom Luddy (Anatol Yusef, The Gathering) and Karen Dacre (Kelly Reilly, Sherlock Holmes: A Game of Shadows). Briar is a man of action and when they find out that two

passports had been taken, he realises that it was for an order and when they get a surveillance picture of Michael, Briar kicks into action, working out where Michael lives.

With the explosion going off this sets the bomb makers plan into action as they tell Paris that it has thirty six hours before the city is brought to its knees on their National Day, as Head of Homeland Security Victor Gamieux (José Garcia, Now You See Me) raises the threat limit bringing in more police powers to keep the peace.

Branded a terrorist Michael must flee and clear his name as Briar hunts him down.

“I didn’t know what was in the bag”

“But you ran and you made me chase you and innocent people don’t run!”

“You were coming after me. Have you seen yourself?”

This is edge of the seat action at its best. A great one to sit on your Blu-ray or DVD shelf. 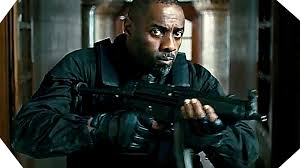