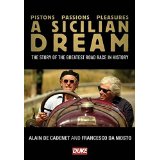 Written and directed by Philip Walsh takes a trip down memory lane as he and Francesco De Mosto plus ex-racing driver Alain De Cadenet head to the home of an iconic street race on the Island of Sicily. On a personal journey through the history of the legend that is the Targa Florio.

Where once upon a time, a long time ago, in the early age of the motor-vehicles. A young man had a passion for speed.

Picture 1906, when automobile drivers were just as adventurous as any space traveller in the latter half of the 20th Century. The urge to go faster than horse speed is strong in the young and inventive of those that alight to the new age of technology and the industrial revolution.

One such person was the young second son of the Florio’s shipping company magnates, so with no worries of inheriting responsibility. he whiles away his time dreaming of speed. Vincenzo (Fabrizio Pace) as he grows older he starts travelling to Italy to enter races, much to the ire of his brother Ignazio.

So if Francesco can not go to the races, the racers must come to him, and so the Targa Florio. The race was open to all and in its heyday it drew massive crowds 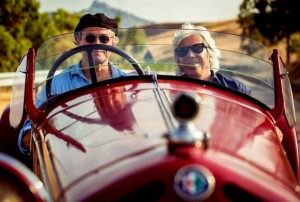 consisting of all those that lived on the Island and further afield. As the privateer and up and coming car manufactures as they tested their latest concepts.

A great insight into the passion of racing on twisty mountain roads, from those that admired the skill to those participating.

Targa Florio 45 miles, 1,500 bends, 1,800 gear changes and that wasn’t the endurance race. A man with a true adrenalin fuelled vision.

And love and lust and tortured beams

Of searing light and cast by Dreams… 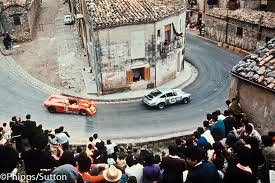