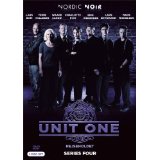 Unit One began its life in 2000 as Rejseholdet (Mobile Unit) and is a long running and extremely popular Danish crime thriller, featuring a small team of experts who travel the country assisting local police forces with difficult cases. It is being released in the UK with English subtitles under the Arrow Films Nordic Noir label.

Altogether there were 32 episodes made, season 4 features the final 8 episodes and the dramatic conclusion to this excellent series. 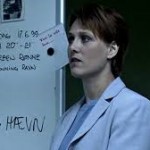 All of the episodes are based upon actual cases which occurred in Denmark over the course of two decades, which makes for some pretty impressive stories.

Central to the story is Ingrid Dahl (Charlotte Fich – Headhunter, Drabet), the Detective Chief Inspector, promoted during the first season. She now has the full respect of her team and despite their sometimes unorthodox methods, they almost always get the job done. Ingrid struggles with her private life, working long hours and trying to raise her son Tobias. She is unsure of her relationship with Ulf (Erik Wedersoe – The Idiots, Little Big Girl) who is her superior but who was also good friends with her parents. She is assisted by I.P. (Waage Sando) the Detective Inspector, who wanted her job, but now helps her to do it. 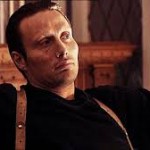 As Ingrid struggles with her life, the cases keep coming in, and one of the most important members of the team is Allen Fischer (Mads Mikkelsen – Hannibal, Casino Royale), who is good at his job but will do anything to get results and is not above bending the rules.

Another vital member is Thomas La Cour (Lars Brygmann – Stealing Rembrandt), a highly intuitive man who seems able to place himself into the mind of the victim or the perpetrator in order to solve a crime, feeling almost supernatural at times. 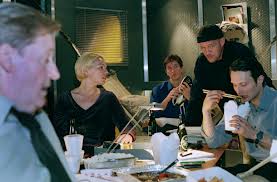 The other main players are Jan (Michael Falch – Me and Mama Mia), the forensic pathologist with a soft spot for Ingrid, Gaby (Trine Pallesen), the logistics expert and Johnny Olsen (Lars Bom – Webmaster), the contract driver who moves their mobile unit from one case to the next.

Together they make up a formidable force that has the bad guys quivering in their collective boots. Don’t be put off watching this if you haven’t seen the first three seasons, the story-line is written in a way that any information you need about past events is provided without being patronizing. 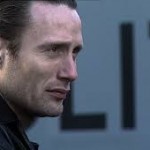 The acting is brilliant, you can get to know the characters very quickly and their relationships bring a whole new dimension to what can be a very tired genre.

Unlike both US and UK crime dramas, Unit One has a very different approach, it is very gritty and very dark, with little or no quarter given to any of the characters, however popular they may be. If you are a fan of police and detective shows, then this is definitely the one for you. Highly recommended. 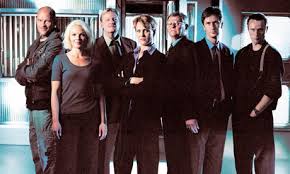 Unit One is available to buy now on DVD