5 stars of some of the best acting you will ever see. 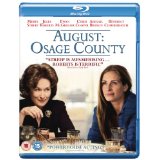 The film tells the story of one extremely dysfunctional family, the parents of which still live in the dusty and inhospitable Osage County, Oklahoma. The mother, Violet Weston (Meryl Streep – The Devil Wears Prada, The Hours) is suffering from mouth cancer and is hopelessly addicted to many kinds of pills. The father, Beverley Weston (Sam Shepard – Klondike, Black Hawk Down) drinks far too much and, despite his love for her, is struggling to deal with his wife. Ivy (Julianne Nicholson – Kinsey, Law And Order: Criminal Intent) is the only one of the children to have remained. 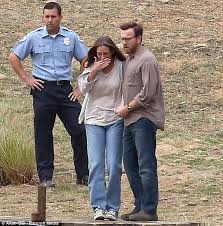 But when his body is found with his boat, a possible suicide, the rest of the family turn up to attend the funeral and to support Violet, after a fashion. 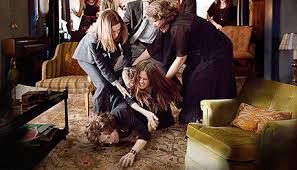 A large portion of this film revolves around the funeral dinner, which is incredibly awkward to watch and so well written and well acted that almost anyone who grew up as part of a family will thoroughly identify with it. 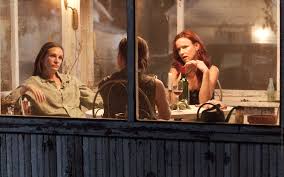 As you might well expect from the cast, August: Osage County is a master-class in method acting by all concerned, with the male supporting actors offering an understated and elegant backdrop for the powerful and strong willed females of the Weston family.

The revelations and twists and turns come at you thick and fast, throwing you right into the middle of everything, as this highly dysfunctional family tears itself apart at the seams. Although this all sounds very dark, there are also quite a few moments of real comedy amongst all the emotion.

This is a truly great film that would happily grace any collection.

“Forsook you and the horse you rode in on.”

August: Osage County is available to buy on DVD and Blu-ray from 26th May 2014.