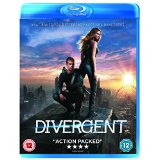 Based on the best selling books by Veronica Roth and directed by Neil Burger, (Limitless), he brings us a sharp pointy stick of what the future holds for us all.

This is another film aimed squarely at the teen market, but it does please all, with a great cast that brings us the troubles of trying to fit into a society that only wants the best from its candidates.

We have brought the wrath of man upon the planet and now with a much reduced population, a steady peace has evolved within the walls of the ruined Chicago, the sea has retreated and the buildings show damage. 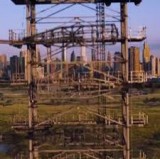 There must be something out there as the city is now protected by a massive electric fence. The community of Chicago is split into 5 factions  and these factions work in harmony to run the city in a peaceful union.

Each faction takes the traits of its members to fulfil the roles that each faction needs. 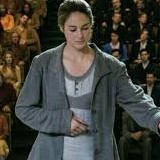 Beatrice Prior, (Shailene Woodley, The Descendants) has grown up with her mother Natalie, (Ashley Judd, Heat) and her Father Andrew, (Tony Goldwyn, The Last Samurai) in the Abnegation faction. Her father is on the ruling council along with his friend and head of Abnegation, Marcus Eaton (Ray Stevenson, Thor). Helping people is the Abnegation way, but Beatrice doesn’t feel the urge the same as her brother Caleb (Ansel Elgort, Carrie,(2013)). When she sees the Dauntless faction her heart feels a pull that she cannot deny, but she feels loyalty to her parents and her faction that provides all the food for the city, as Dauntless keep the peace in the city and seem to have a carefree and reckless existence.

Every 16 year old must choose their future and in which faction this will be. 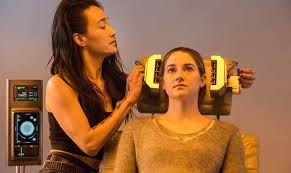 Everybody has a choice, but before they make their choice in front of their parents and their peers they must take a test that should determine their true abilities and therefore their preferred faction. Each person has someone who conducts the test for them and Beatrice’s is Tori, (Maggie Q, Die Hard 4.0) a member of Dauntless. The test is induced with a serum that she drinks, whilst under the influence she is put through tests to determine her faction. But when she comes round Tori has a worried look upon her face and when Beatrice inquires she is told that she must say that she was ill and sent home. When pressed about her pending faction, Tori informs her that the results were inconclusive. Meaning that Beatrice is a Divergent, the most feared thing in the society as she will never fit in fully with any faction.

The day comes when they must choose their future as once the blood is spilled there is no going back or any other choices. So it is a huge shock when Caleb selects Erudite. Beatrice looks to her parents but they cannot help her she must choose and Dauntless is it. 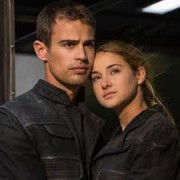 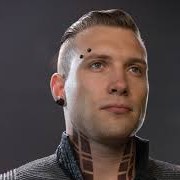 that Dauntless only want the brave and she must pit herself against all the others who chose Dauntless that day. This is where she meets Four (Theo James, Underworld: Awakening), the head of the training and the ruthless head of Dauntless, Eric (Jai Courtney, I Frankenstein), who pits them all against each other. She finds out that she is the weakest in strength but she is the strongest in resolution and she will fight for her place in her faction as she hides her secret from all around her and especially Jeanine,(Kate Winslet, Contagion).

A great film that all will enjoy as Beatrice must battle to gain acceptance whilst try not to live her life as a Divergent and live it like a Dauntless. 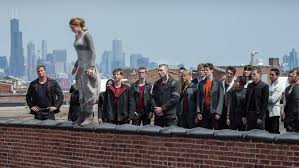