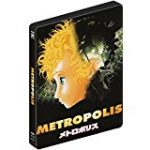 5 Star
Innocence, Greed and the World.
This 2001 anime is loosely based on the 1947 manga by Osamu Tezuka which is also loosely based on the famous 1927 silent film. Eureka bring us the new (Limited Edition Dual-Format) SteelBook [Blu-ray] in all its glory. Directed by the legendary Rintaro (Galaxy Express 999), set sometime in the near future but relying heavily…more

4 Star
Assassins, Prostitutes, Drugs and lots of Money.
This fantastic release comes from prolific director Takashi Miike (Audition, The Happiness of the Katakuris) and this marks his seminal cinema releases for the adults in the family. Black Society Trilogy is a hard hitting delve into the seedier side of life in Japan and Taiwan and how the cultures of Japan and…more 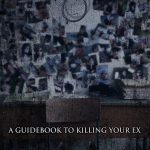 4 Star
A Mission, A Goal and a Mad Man.
From our Hungarian friend József Gallai (Moth, Bodom) who has written, produced and directed his latest featurette (a film longer than 40 minutes and less than a feature 1hour 30mins) A Guidebook to Killing Your Ex. It is currently doing the festival circuit, but with high hopes of a release on VOD…more 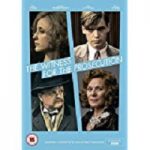 4 stars of brooding and atmospheric crime drama.
The Witness For the Prosecution is a BBC drama, adapted from the original story by Agatha Christie courtesy of renowned screenwriter Sarah Phelps (Hooten and the Lady, And Then There Were None) and directed by Julian Jarrold (The Crown, Kinky Boots).
“My fires are supposed to be out. But they rage unchecked. Do you…more 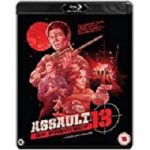 5 Star
Early Carpenter Genius.
Following the success of writer/director John Carpenter‘s (Halloween, Escape From New York, The Thing, Big Trouble in Little China) first full film Dark Star (1974), he was given the money to make a film, but on a limited budget. This was the cult result.
Saturday 3:10 am Anderson, South Central Los Angeles, there is a large robbery of…more

4 stars of hilariously bad behaviour.
Brought to us by the writers of The Hangover Trilogy, Jon Lucas and Scott Moore and directed by them too, this carries all the hallmarks of those films, but with mothers instead of bachelors.
“Oh my God, that’s a giant bush!”
Amy Mitchell (Mila Kunis – Jupiter Ascending, Blood Ties) had her first child at age twenty. Now,…more 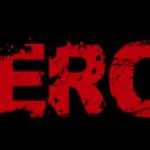 4 Star
Money, MERCS and Mayhem.
From writer, producer, actor and director Michael Morris, comes an independent action film with a twist, MERCS is a live-action graphic novel. That threads the action with animated sections and speech bubbles in place of subtitles and this puts MERCS tongue very firmly within its cheek.
MERCS is set in different times, dangerous times and if you…more